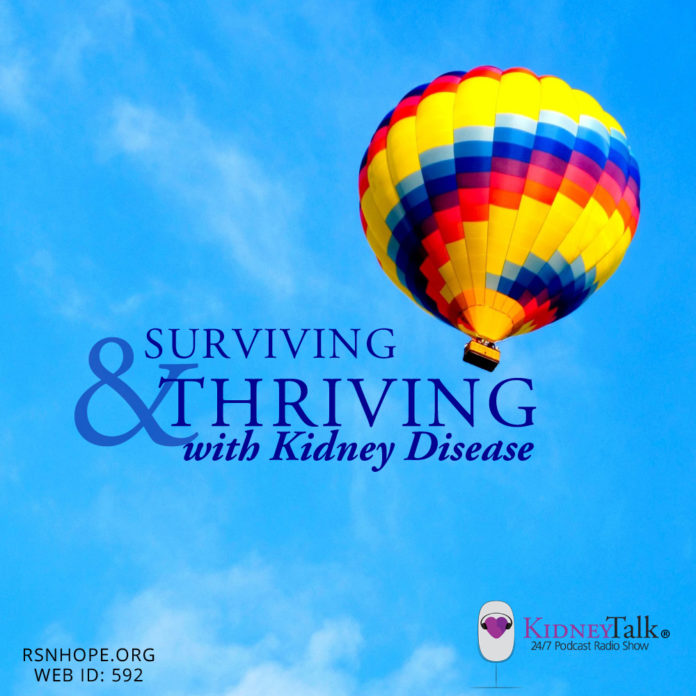 This week’s guest is a true survivor!  Judy Weintraub has lived with chronic kidney disease for over forty years. Her story will amaze you and inspire you!  Judy relates that kidney patients can live well while on dialysis.

She began dialysis as a sophomore in high school in the mid-1970s. Judy has been successful in learning to cope with her chronic illness and she is greatly interested in helping others learn that same success.

Tune in to your favorite online radio show and listen as Lori, Stephen, and Judy discuss surviving and thriving with kidney disease.

Lori Hartwell is the Founder & President of Renal Support Network (RSN) and the host of KidneyTalk®, a radio podcast show. Lori was diagnosed with kidney disease at the age of two. In 1993 she founded RSN to instill “health, happiness and hope” into the lives of those affected by chronic kidney disease. Lori is also the author of the inspirational book Chronically Happy: Joyful Living in Spite of Chronic Illnessand is a four-time kidney transplant recipient.