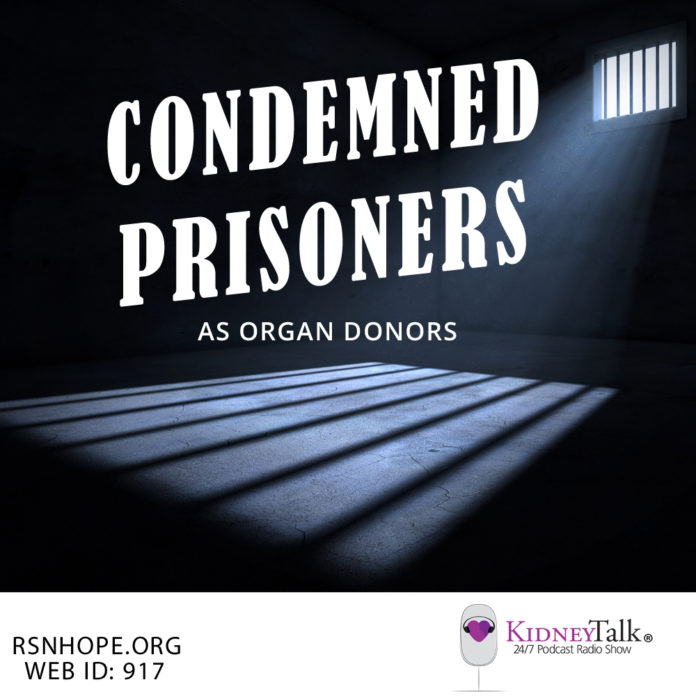 The idea of using condemned prisoners as organ donors comes up from time to time in this country and continues to be controversial. Lori had a conversation with Alexandra Glazier, Chair of the Organ Procurement and Transplantation Network’s Ethics Committee, to clarify some of the issues that arise when considering this type of donor. Ethical questions, the cost of evaluations, and public perceptions of executed donors cannot be easily dismissed. Listen to this show and learn more about the issues involved.