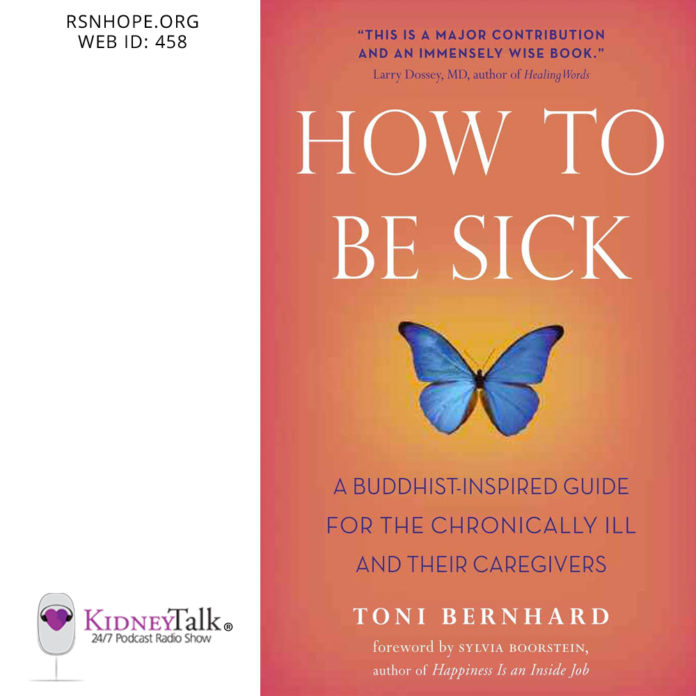 There’s a guide for this? Yes. Toni Bernhard, former law professor, authored “How To Be Sick” after learning she may never recover from an undiagnosed illness. The flu-like symptoms that keep her in bed most of the time, also led her to find ways to live well with a chronic illness. Listen to her story and learn how Buddhist practices can help overcome the anger, jealousy and other emotions that people with chronic illnesses face.