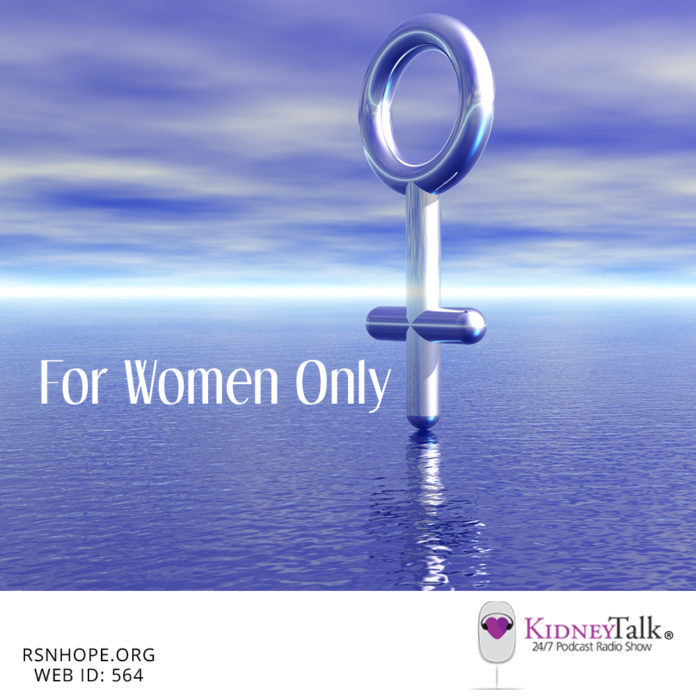 Dr. Josephine Hall, MD, a Board-certified gynecologist, has been practicing medicine since 1968, and has been an OB-GYN since 1970. Dr. Hall talks woman-to-woman about gynecology and kidney disease with Lori Hartwell, as co-host Stephen Furst asks the questions every guy wants to ask! Dr. Hall offers important insights about female concerns that are shared by people who have chronic kidney disease.