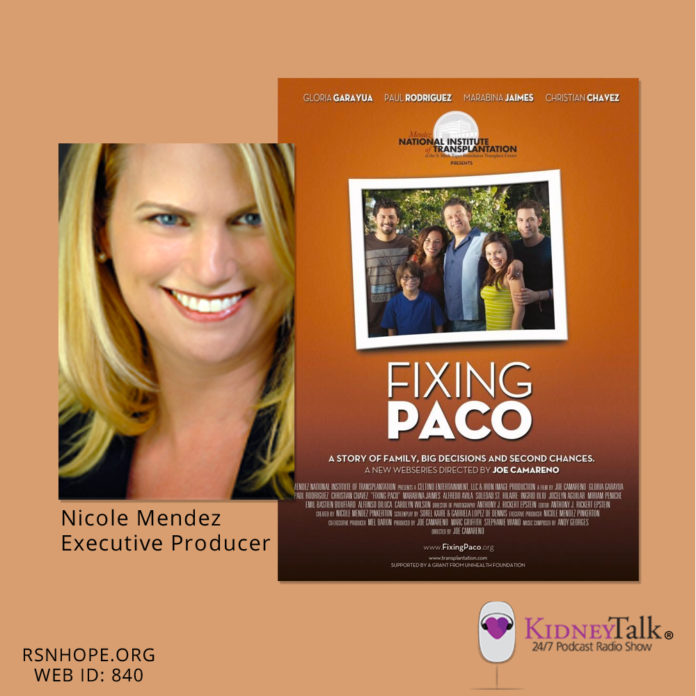 Cast of “Fixing Paco” – left to right – Alfredo Avila, Emil-Bastien Bouffard, Marabina Jaimes, Paul Rodriguez, Gloria Garayua, Christina ChavezFixing Paco is a award winning webseries released in the Fall of 2012. Lori interviewed Nicole Pinkerton, Director of Development & Education of the National Institute of Transplantation about this exciting project. Fixing Paco is the story of the Fuentes Family’s journey through kidney disease and ultimately kidney transplantation. The series, which will be in English and Spanish, to help educate the public about kidney disease and the road to transplant, stars actor Paul Rodriguez as “Paco”, Soledad St. Hilaire as the fiery Tia Julia and Ingrid Oliu as her downtrodden daughter; Alfredo Avila, Carolyn Wilson, Alejandro de Hoyos, Adrian Gonzalez and Latin pop sensation Christian Chavez of RBD round out the cast. Be sure to stay tuned to this “Soap Opera” (Telenovela) comedy.