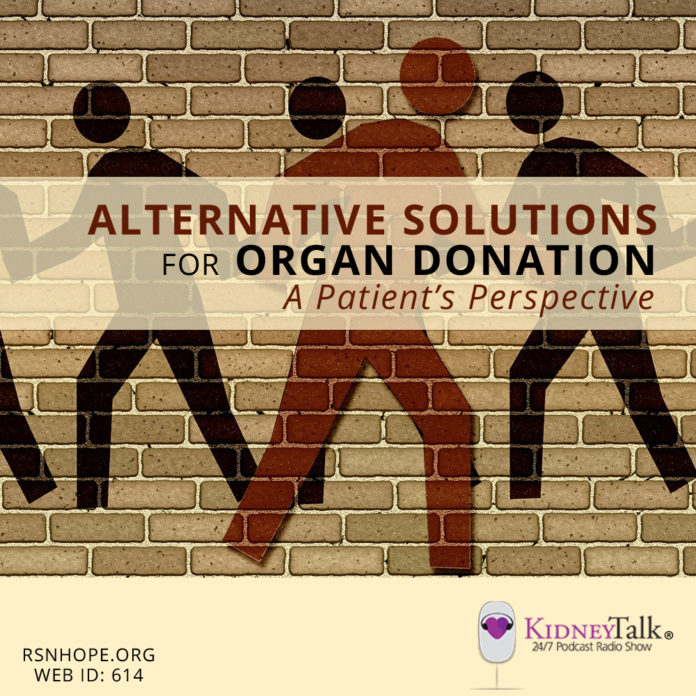 On this week’s show, Lori Hartwell and Stephen Furst speak with Sally Satel, MD–a psychiatrist, writer, and kidney transplant recipient–on the often controversial subject of organ donation. Dr. Satel (“Sally”) added fuel to the debate over organ donation when an article she wrote appeared in a recent edition of “The New York Times.”

Organ donation is creating a debate; however, it is a healthy debate in this country to start talking about solutions to this problem and bringing in all views–the patients, the healthcare professionals, and elected officials–so that we can discuss solutions and look for new solutions that work. We have to think outside of the box because the demand is only increasing.

There are a number of websites besides Renal Support Network that provide information on organ donation. Here are a few: