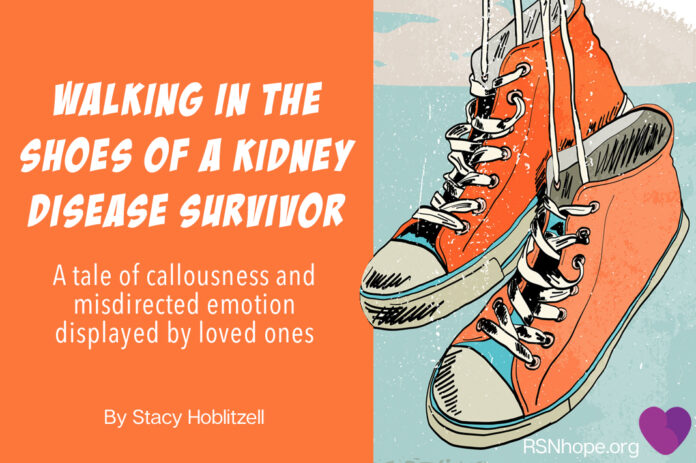 Sometimes words can poke and prod, depress, and debilitate. Consider the following:

“You’re selfish for wanting a live donor. Stick to your dialysis and deal with it.”

“Good luck finding someone to love you with that tube sticking out of your belly.”

“Why don’t you have a job? My friend was on dialysis and she managed to work full time.”

“I don’t know how you’ve done dialysis for so long. I would have killed myself by now.”

Ignorant assumptions. Blatant misconceptions. Unwarranted judgment. For those of us who’ve found ourselves helplessly shuffled into the Chronic Kidney Disease population, we’ve experienced some form of the aforementioned comments on occasion. It’s unfortunate, but there are those who claim to be part of our support system who are thoroughly, and without question, unsupportive.

It’s hard to understand how someone feels until you’ve walked in their shoes.

Olivia is 26 years old. Just a few healthy years ago she graduated college with a veterinary degree in hopes of creating her own animal sanctuary with an onsite veterinary clinic. But with a lifelong history of recurring kidney stones, her “cleansing beans” finally gave out. For the last four years, she has endured dialysis and her once spry personality has been slowly eroded by the rigors of treatment. Her flowing raven hair began to abandon her, and in a rage of anger and a feeling of helplessness she sheared it all off in a symbol of her present state. Her once bright brown eyes have dimmed and the constant removal of fluids and toxins has left her skin grey and lifeless.

But the worst malfeasance against her current situation isn’t the stinging needles or the ferocious leg cramps; it’s the callousness of her mother, Josephine.

When Olivia was first diagnosed with Kidney Disease, Josephine was quite supportive and insisted that her daughter move back home. Within a year, Josephine had lost her husband, Reginald, Olivia’s stepfather. With despair and grief as her only lens to the world, she began inadvertently to take it out on her suffering daughter.

After a while, for Olivia, all her mother’s words blended together:

There are times when Olivia is overwhelmed by an overload of bodily fluid. Today, though, she burst with emotion. And through tears and desperation, she screamed, “YOU DON’T KNOW! YOU HAVE NO IDEA! IF ONLY YOU WERE IN THIS CHAIR!”

And with that, fate stepped in.

A blinding white light suddenly enveloped them both. All either of them could hear was a whooshing sound similar to the flow of a rushing river. The natural flow of time had twisted into a recursive knot.

With the light subsiding, Josephine found herself alone, scared and unsettled. Surrounded completely by luminescent light with no apparent source, her head whipped around in an attempt to understand her present domain. Her voice called out for Olivia, but her voice simply reverberated in an even louder volume. Her new interior landscape appeared to be the size of a football field with no discernable corners, just long, smooth curved walls composed of roughly six-inch squares, each with the same symbol carved into them.

She couldn’t fathom where she was nor why she had been transported to this place. As a Chronic Kidney Disease survivor though, you would instantly recognize this realm. She was inside a massive kidney-shaped structure and each square on the wall contained a side-view schematic of an actual human kidney.

Unwilling to stay where she was, Josephine slowly made her way to the nearest curved wall. Her hesitation was quickly subjugated by her desire to escape, so she hesitatingly reached out with one hand. Josephine found the wall to be surprisingly warm to the touch.

Further alarming to her was the fact that her hand kept passing through the wall. Once she was in up to her elbow she found herself completely sucked through and the vision-blinding light from earlier returned.

For a time, that’s all she could see. Then there was nothing. Her senses reached out to hear a faint beeping in the background. The air was stale and she detected three distinct odors. Her upper left arm began to scream in pain and she heard faint voices in the background. Her eyelids felt heavy and dry, but eventually, she managed to will them open.

White and beige walls began to appear, along with individuals in white lab coats. She heard a gentleman’s voice erupt in screams on the opposite side of the room, but she found her attention foggy and her body nearly limp. Much like before, fear and confusion set in and the pain in her arm continued to shriek. “Help. HELP. HELP! HELP ME! Why … what? Please help me, damn it, HELP ME!”

Josephine lifted her right hand and attempted to rip off the tape and gauze holding the needles in her newly discovered fistula. But then, the familiar returned.

Olivia tried to form a smile as she returned to her mother’s side and tried to calm her down.

Olivia sighed under her breath in response to this latest recurring moment with her mother.

Josephine’s eyes became wide as she shook her head faster and faster back and forth.

“I’m NOT supposed to be here! You’re supposed to …” She took her gaze off her daughter and looked to the fluorescent lights on the ceiling. Realization was setting in and all she could muster as she glanced back toward her daughter was a whispered, “I’m sorry.”

As time unraveled itself, life returned to the exact point it departed from earlier. The overwhelming light subsided and Josephine found herself back at home in the same easy chair as before, only Olivia was nowhere to be seen.

After a quick evaluation of her arm to ensure it was void of needles, she caressed the armrests of her chair before darting up. She quickly but quietly made her way to Olivia’s bedroom and gently eased the door open. Olivia had passed out on her bed from exhaustion without even grabbing her pillow. Josephine closed the door as peacefully as possible and stood there in the hallway, alone. Her only companion was the flood of tears cascading down her cheeks and onto the worn carpeted floor. “Dear God,” she thought. “I had no idea what my daughter was going through.”

Ignorance cultivated by misconception and aided by judgment.

You can turn to us, your understanding, extended family. Prominent groups exist for dialysis and kidney transplant warriors on both Facebook and Reddit, and in the support groups at the Renal Support Network because we HAVE walked in your shoes.

Regardless of whether you’re surviving the trials of the machine or dealing with the endless side effects of transplant medication, you’re worthy of all the flavors life has to offer. 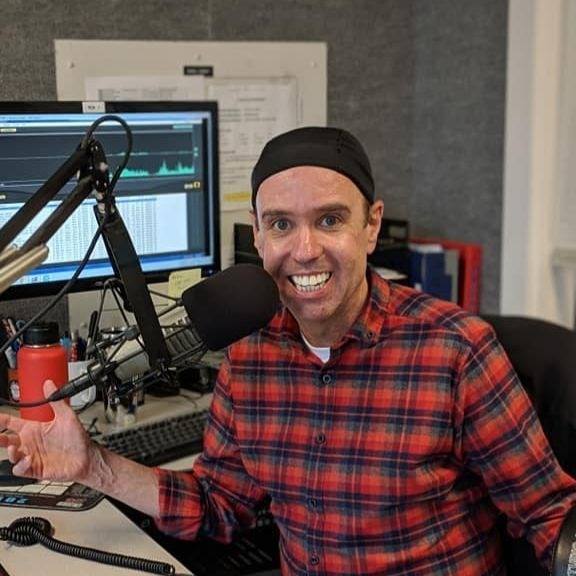