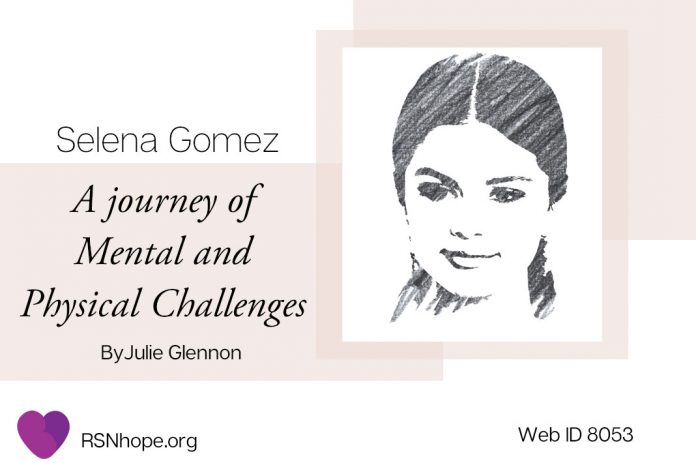 Selena Gomez’s documentary, My Mind and Me chronicles her life over a six-year period. Throughout the film are voice-overs of Selena reading from her diary. We get a glimpse of her psyche throughout the years. Watching the documentary, we see the highs and lows of her career and her everyday life as she shares her journey filled with struggles and good times in an honest, self-deprecating, and relatable way.

Back in 2012 Selena was diagnosed with lupus, an autoimmune disease in which the immune system becomes overactive. In Selena’s case, lupus was attacking her kidneys. This condition is known as lupus nephritis. Not too much is mentioned about her physical condition in the documentary, only bits and pieces. The focus is more on Selena’s mental health.

In 2016, during Selena’s Revival tour, she was not feeling well. I too am a lupus patient whose kidneys ultimately failed, and I can’t quite imagine touring from city to city with the disease. I imagine she was completely exhausted! Touring must have taken every ounce of her strength. She mentions in the documentary that she never felt good enough, but continued to pursue her best life.

In addition, Selena was experiencing anxiety and depression. She discussed feeling not right mentally for many years. Her mental health was declining. She shared with a friend how she was hearing voices and that they were getting louder and louder. She later told her assistant she did not want to go on living. To me it seemed that her existing mental problems, along with the exhaustion she was feeling from lupus and touring, put her over the edge.

Body issues were discussed in the documentary, as well. Getting ready for a concert one evening, Selena said she felt like she had a “little-boy body.” Clearly, she was unhappy. Unfortunately, Selena did not complete her tour and eventually she entered a facility to treat a mental break-down. Her mother Mandy Teefey only found out that she had entered a facility by watching TMZ.

As time passed and Selena was laying low, rumors spread that she was in a drug rehabilitation facility. In reality, she was receiving chemotherapy (Cytoxan) treatments for her lupus nephritis. She eventually received a kidney transplant in 2017 from her friend Francia Raisa. I can tell you from personal experience those treatments are exceedingly difficult. Lupus nephritis is not easy, and it certainly makes sense that she was taking time to rest.

In 2019, Selena and her team took a trip to Kenya, where she supports a school.

During the six years of filming, she seemed the happiest there, where she was free to be herself away from the spotlight. She also seemed peaceful during her visit to her childhood town of Grand Prairie, Texas. She visited former neighbors and the high school she once attended.

And then, in 2020 Selena had a health scare. Her lupus was in a flare, meaning the disease was in an active stage. She was hurting everywhere, and it brought back bad memories of when she was first diagnosed. She required a Rituxan treatment that is an IV antibody medication. She mentioned having the treatment in the past. Unfortunately, in 2020 Selena was also diagnosed with bipolar disorder. She admitted it all made sense. All the mental issues she had experienced over her lifetime came down to this diagnosis. She was happy to finally have an answer.

A celebrity has the power to reach the masses. A theme that ran throughout the documentary was Selena’s memory of her mother telling her over and over to face her fears. I truly believe Selena’s honesty with her struggles and how she faced her fears will help many people. I respect her courage for speaking up and seeking help.

Selena met with President Biden to advocate for a mental health curriculum to be provided in schools. In addition, she helped start a mental health platform called Wondermind. She is driven to be a voice for others in her quest to take away the stigma of mental illness. I am happy she is living her truth!

Everyone at RSN is a fan and we are all cheering for her to live her best life.

Julie Glennon lives in South Florida with her husband and cockapoo. She received her second transplant in August of this year. She has spent over 25 years volunteering, advocating, and writing for kidney organizations. 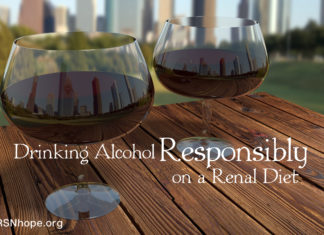 Over 50% of American adults drink alcohol. Alcohol may have beneficial effects when consumed in moderation. This article will review what moderate drinking is,... 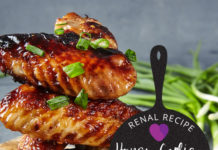 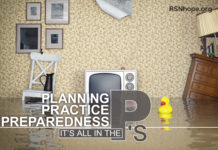 Planning, Practice and Preparedness; it’s all in the “P’s”! 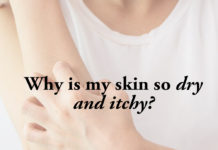 Why is my skin so dry and itchy?