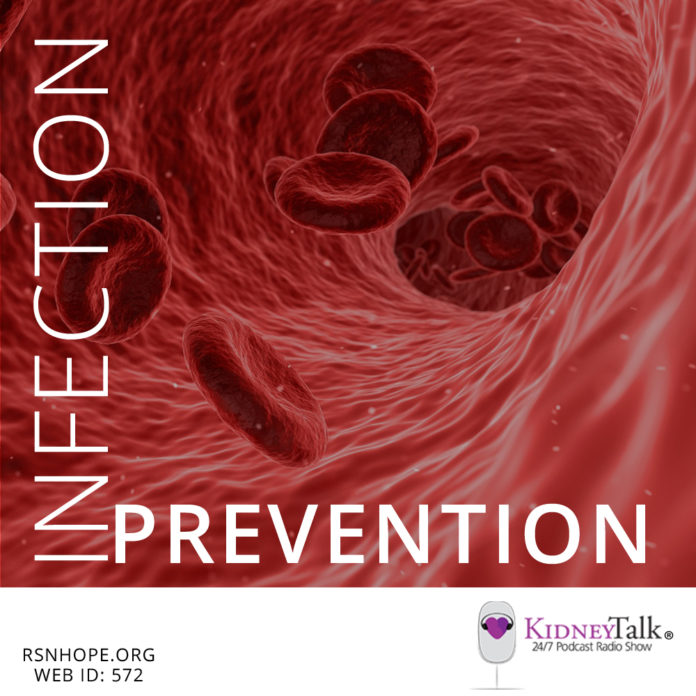 This week on KidneyTalk, Lori Hartwell & Steven Furst get to the nitty and the gritty with Debbie Punch, a registered nurse, and CEO of Alliance Management on infection while on dialysis. This informative interview will open your eyes to the many simple and overlooked ways to preventing infection. You’ll also learn what shots are really necessary or just myths. Tune in and learn the signs to look out for and avoid.