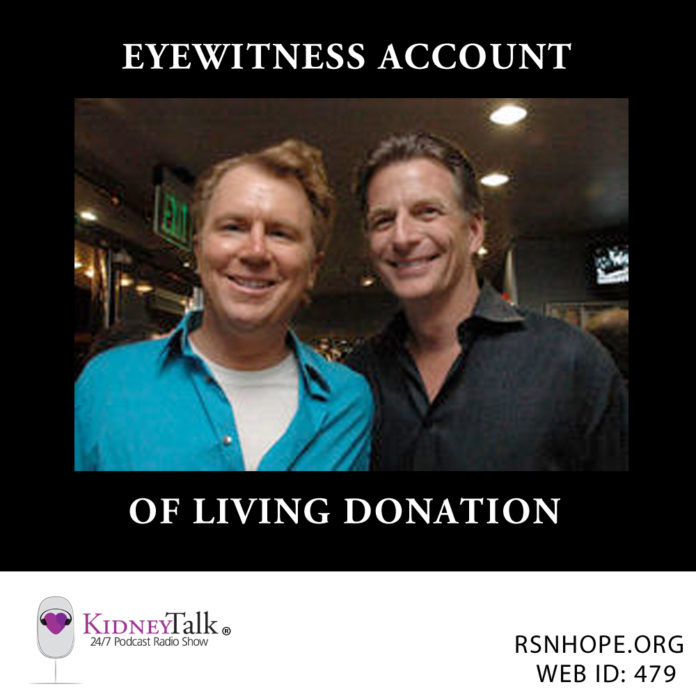 Donating a kidney to a friend or family member is becoming more common. Listen to Phillip Palmer, weekday morning anchor for KABC7 Eyewitness News in Los Angeles and hear him describe his journey of what it was like to give the “gift of life” to his good friend Dale Wade Davis. Phillip describes how he made the decision to become a living donor and what inspired him to make this decision. Don’t miss this extraordinary act of kindness!