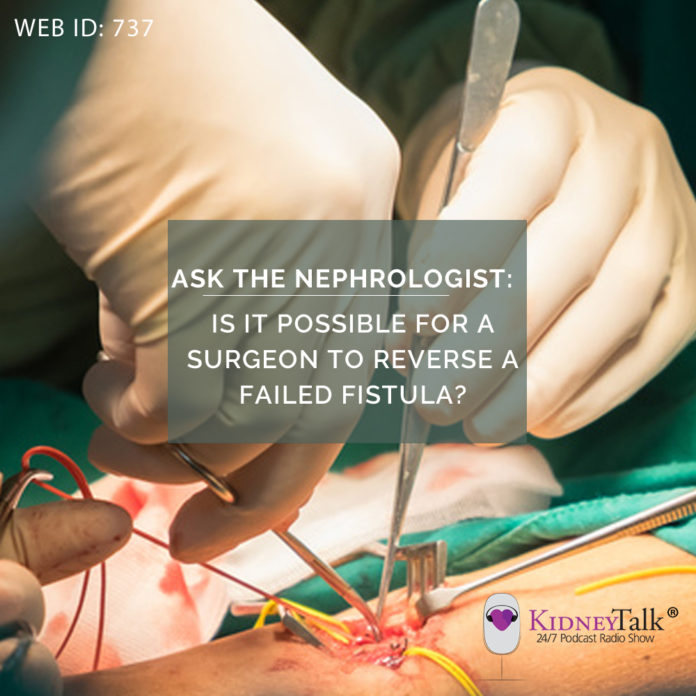 Listen in as Dr. Allen Nissenson answers the question, “Is it Possible for a Surgeon to Reverse a Failed Fistula?”