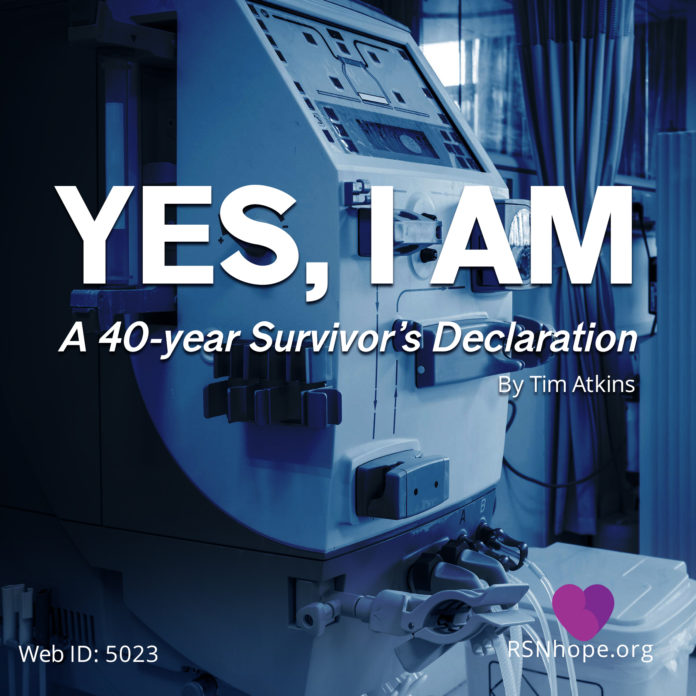 I watch the young man, shivering, curled up in a ball at the end of the couch I’m sitting on. You hear about addiction, but hearing about it and seeing it are two different things. Heroin withdrawal is a nasty beast… especially when it’s going on a few feet from you. I know he’s fighting a battle with that beast. And I’m supposed to encourage these guys?

I was asked to come here tonight and speak about my life with kidney disease, how I’ve “overcome the challenges.” Man, I wish they had never asked me to come—to tell my story, to try and make life a little brighter for these “kids” who, just a few weeks ago, were on the streets in LA, Chicago, Seattle, and every other city in between. Lost in that world, fighting to stay alive.

What am I going to say? WAIT! A common ground! I’VE been fighting to stay alive… 60 years now, 40 of those years while on dialysis! And at one point, even having the Guinness world record for the longest time doing hemodialysis. Maybe I can do this. Maybe I WILL do this! I CAN connect with them. I’ve got needle scars too, you know, not for the same reason, but I’ve got them!

They say public speaking is one of the most feared things to do, but as I am introduced, a very defined calmness envelopes me. I know I’m going to help someone tonight. Someone will say, “If Tim can go through all that dialysis stuff when he was just 13 years old and now he’s 60, and still making plans!? That guy’s a fighter, and I can be a fighter too. I’ve got to be strong!”

I see faces looking and listening. I tell them about missing every Tuesday at school because of my treatments at the clinic, about losing my first transplant after three months in the hospital. I tell them… WAIT, WAIT! they don’t want to hear what happened so much as how did I make it, how did I continue to fight my beast and win!? They want to SURVIVE, man! They want to survive and LIVE!

I start telling them what I’ve done, not so much what I’ve been through. Oh wow! Now they are leaning forward, eyes and ears focused and listening. I say, “This is not about me, guys, we ALL have a story. I want you to tell your story someday. You’re going to beat this addiction, it’s not the end—just as I have determined dialysis is not the end of my story. It’s not an end, it’s a new chapter in a new book that has been given you to author. Don’t make your book a bummer. Make it a new challenge, a new start, a new adventure, a new life!”

“Chapter one: I WILL LIVE LIFE TO ITS FULLEST! No matter what the ups and downs are. I’ve put my armor on, I’m ready for the battle, whatever that battle is… addiction or disease or you name it.”

I start seeing tears in eyes that have not known tears in a very long time. I see hope in eyes that have seen despair and pain for too long. Now, tears are running down my face! This isn’t supposed to happen. I’m supposed to be the encouraging one. Stop it! Man up, Tim! Then I realize what “man up” means to me. Letting others see you can cry with them. Maybe that’s better than crying for them.

“Hey Tim, are you ready?” the director of “New Life” drug and alcohol rehabilitation center asks. As I jerk back to reality from my stare into space, time, and the future, I peek at the young man, still curled up and shaking. He looks over at me and with a slight grin says, “You talking tonight bro?” I say, “Yes, I am, I AM talking tonight!” just as Alex the director of the program says, “Please welcome this evening, our dear friend Tim, whose story I pray inspires you.”

Listen to Tim reading his essay 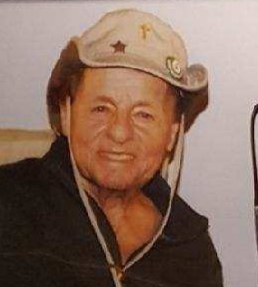 Tim Atkins has been on hemodialysis 40 years, at one time holding the Guinness world record for longest time having dialysis. His passion is missions, working with Compassion International helping sponsor third world children, New Life drug rehabilitation center where he speaks to encourage spiritual growth. Also, One Spirit, a Native American group helping those in need on the Indian reservations. He travels for Fresenius medical speaking on the advantages of doing home dialysis. Tim & his wife Lorie are planning on working in missions in South Africa soon.