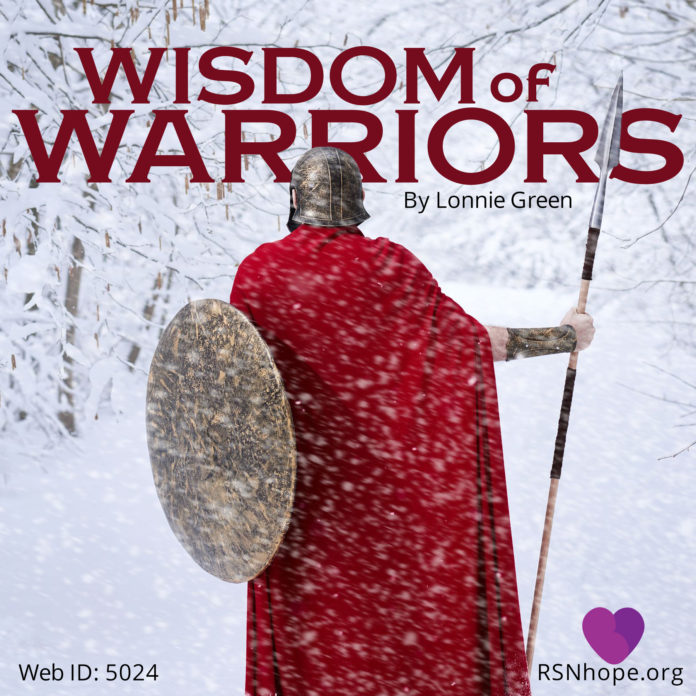 “This is Sparta!” If you have ever seen the movie 300, then you know that these epic words were spoken by one King Leonidas. He is infamous for leading 300 men into battle against one of the greatest empires that ever existed in the history of the earth. While they would eventually lose to the Persian empire at the Battle of Thermopylae, they are forever remembered because they took a stand in what some would consider to be an “unwinnable war.”

I imagine that many of us feel that way at times; that this thing called kidney disease is unwinnable. We might even more readily identify with that Persian messenger from the movie—feeling as if life has kicked us in the chest, leaving us breathless and constantly descending into a dark, bottomless pit. Even if we are able to muster up enough courage to fight, how do we wage war against an enemy we can’t see? How do we find our footing to gain enough stability to where we are able to take a stand?

While the days of great warriors and gladiators seems to have dissipated with the dawn of our emerging technological era, we still have a witness—or a teacher—who can show us the way to victory. Behold, the mighty contestants of American Ninja Warrior!

Now, I assume you are thinking that I am joking here, but I assure you, I am not. As a matter of fact, the contestants on American Ninja Warrior are more of a model for us to follow than a “sword and shield” warrior of old, because they face obstacles—and that is exactly how you must view kidney disease if you are to defeat it, as nothing more than an obstacle.

If you were able to peer into the lives of those warriors of old, you would discover that they didn’t become warriors once they entered a battle. Oh, no. They were taught and instructed in that art from their childhood. And it is truly an art, because it involved the mastery of self. Long before a warrior is taught the skills of physical conflict, he or she is taught how to master themselves. Each of them knew that without this instruction, they themselves would be their own worst enemy. So, they were taught how to be disciplined. How to control themselves in the face of fear and impending death. How to control their responses and their breathing. How to push themselves beyond the thoughts that sought to force them into mental confinements or limitations. How to foresee the movements of a physical foe so they could strategize and stay two or three steps ahead.

They knew that defeat began within before it would ever be experienced without. That was the wisdom of a warrior.

Now, listen closely, because I am going to give you the key to winning the war against kidney disease. It is the one element that you must always keep before your eyes, and I’ll pose it as a question.

WHAT ARE YOU FIGHTING FOR?

Every warrior must know what they are fighting for. No one fought just to fight. The Romans and Greeks fought for glory and recognition. Others fought for freedom or for their country and people. Me? I’ll tell you what I fight for. DIGNITY.

I was diagnosed with ESRD at the age of 30, and this disease stripped me of my self-worth. I was single at the time, and I remember thinking, “Who is going to want me?” Yet I got married, had three kids, wrote a book, and have employment that provides for my entire family, all while being on dialysis for the last 22 years. I am victorious against this disease because I am accomplishing the things that ESRD sought to strip from my life.

Symbolically, kidneys represent your passions. You want to win this fight and be a warrior? Get up and consistently go after your passions. When you do that, you’ll show this disease that it has not won. Yes, it may be an obstacle, but it is an obstacle that you can overcome. It’s not about the war, or even the battle. It’s about the prize.

WHAT ARE YOU FIGHTING FOR? If you are able to possess it and retain it, then you are winning. So, keep striving. Keep fighting. Keep winning. You are a warrior indeed! 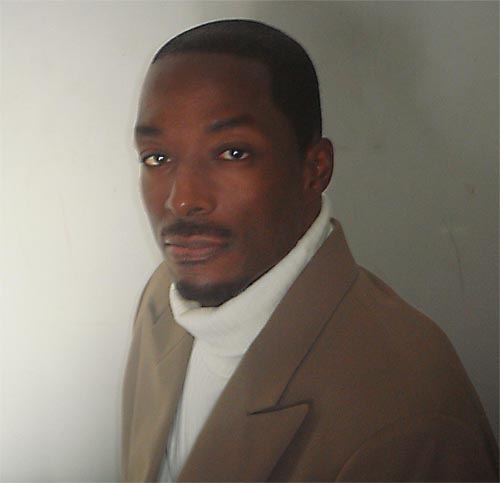 Lonnie Green is from Denver, Colorado, and currently resides in Atlanta, Georgia with his wife and 3 children. He is an author and an ordained minister, and he has been an ESRD patient for 22 years.