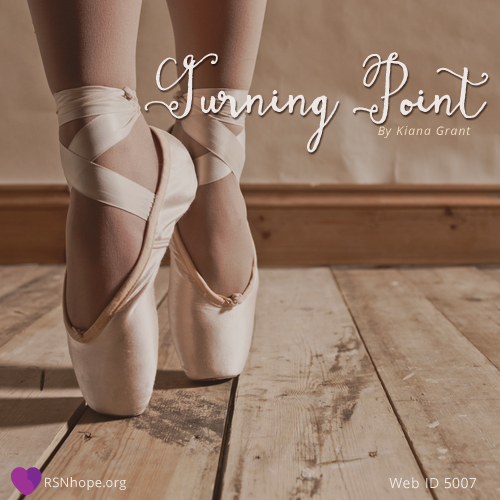 The turning point of my life occurred during my junior year of high school. I had just come off of an amazing weekend of performing in front of family, friends, and professional scouts. I guess I should start from the beginning. I had always dreamed of joining the Alvin Ailey American Dance Theater Company. My first step towards fulfilling this dream was getting accepted to the New Jersey Dance Theatre Ensemble (NJDTE) at age thirteen. Three years later, I found myself training intensely for the Ensemble’s annual Nutcracker performance.

It would be the first time I was performing the most difficult dances in the Nutcracker; I was in the best shape of my life, practicing up to fifteen hours per week. However, I noticed that I was regularly feeling tired and sluggish and had frequent headaches. I assumed I was just training too hard, but my parents insisted that I go to the doctor for a physical and blood work. I assured my parents that I was ok and would slow down my training schedule once the Nutcracker season ended.

All I could think of was, “How am I going to dance now?” That’s when I knew my dreams were going to change forever.

The performance day had finally arrived and I was filled with anticipation and excitement. However, after my first dance, I came off the stage feeling light headed and nauseous. During the next few dances, I was experiencing migraines but I was determined to dance through my pain. By the time the finale arrived, I knew that something was seriously wrong. My fears were confirmed the very next morning when my doctor called and asked us to meet him at the hospital for my blood work results. When we arrived, we were informed that my kidneys were failing and that emergency tests were needed to determine a diagnosis and treatment. I was struggling to make sense of everything that was happening to me.

I was stunned to learn that my diagnosis was Lupus Nephritis, an autoimmune disease that causes chronic kidney inflammation. The following weeks in the hospital finally resulted in an intense medication regimen that I will most likely have to endure for the rest of my life. Through my tears, I heard the doctor say that I would have regular body aches and possible dialysis due to the Lupus as well as weight gain and fatigue due to the medication. All I could think of was, “How am I going to dance now?” That’s when I knew my dreams were going to change forever.

Little did I know that the confidence I built through dance would give me a strong voice for those who do not have one.

Over the last five years, I have learned to deal with the disease as well as can be expected. I began to find other interests through such groups as the Seton Hall Mock Trial team, and as a member of Phi Alpha Delta Pre-Law Fraternity. I have also become the first Seton Hall University Ambassador representing the NJ Sharing Network which educates students about the life-saving benefits of organ and tissue donation. NJ Sharing works closely with state lawmakers to pass legislation such as the landmark 2008 Hero Act which mandates donation education in public high school curriculums, for public institutes of higher learning, and as a condition for graduation for professional nursing and medical school programs.

Despite my health issues, I will continue to pursue my dream of becoming an attorney so I can help to improve the health care laws and continue to be a champion for those with chronic diseases. Little did I know that the confidence I built through dance would give me a strong voice for those who do not have one. The turning point was my positive decision to deal with my diagnosis, find new dreams, and help others. Kidney disease is not the end of my dreams, it’s a new beginning! 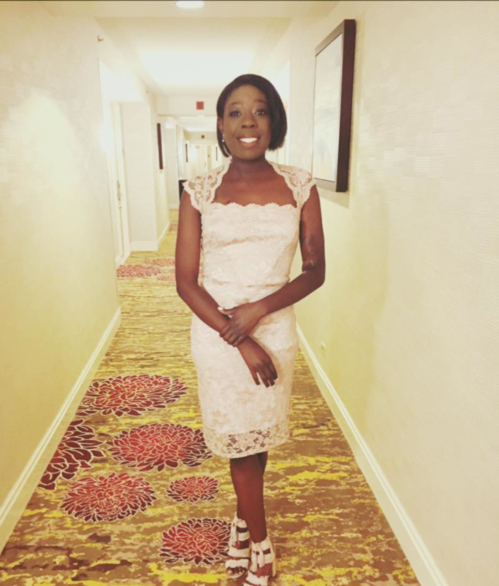 My name is Kiana Grant. I was diagnosed when I was 16 years old with Lupus nephritis. It changed my life forever because I had to lose one dream to find another. It was a transition I am going to remember for the rest of my life. Lupus has made strong, humble, and caring. I want to share my story with anyone who feels like they do not have a voice or are not strong enough to keep going.

I entered this contest, because I want everyone to know that being sick does not make you different. It makes you strong. I want to share my story because I do not want anyone that is sick and my age feel like they cannot reach their dreams. I am striving for mine everyday.