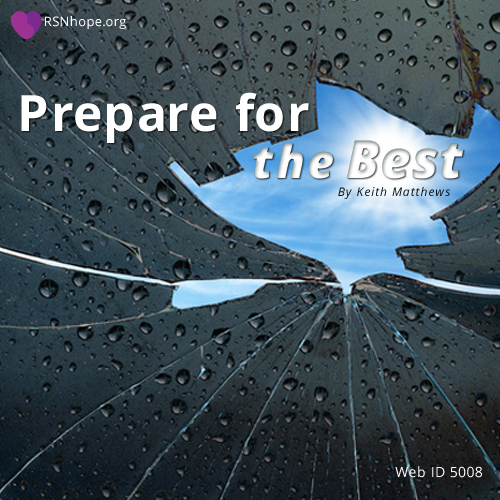 “This storm doesn’t appear to be a major one, but you should always prepare for the worst,” the weatherman chirped animatedly. I groaned, rolled my eyes, and muted the television. He continued his dire warning, pointing at maps and bullet points, all with a huge white smile, as if he was describing a recent trip to Disney World. I switched off the national weather program, and tuned into the local forecast. Ahhh, much better. Clear, simple facts without the hype, delivered by a forecaster who had been through more than a few storms in her life.

Camille, Andrew, Katrina and Rita were just a few of the atmospheric storms I have witnessed in my 56 years of life. Handling hurricanes, believe it or not, requires only a few decisions, because there are only three questions you have to answer: Can your house handle the wind? Can your property handle the water? Can you handle the loss of electricity, probably for several days or more? If the answer to all three is “Yes,” stay put and ride it out. If not, have an evacuation plan and stick to the plan. Otherwise, you may find yourself driving bumper-to-bumper on Podunk Highway, headed straight for a washed-out bridge on Chitlin’ Road, because you couldn’t overcome the urge to follow someone who looked like they knew where they were going.

After fainting in the middle of the highway (doing 60 m.p.h. on a quarter-mile stretch named, ironically, Dead Man’s Curve), it was decided that a pacemaker/defibrillator should be placed in my chest.

ESRD, on the other hand, was only one part of the most tumultuous physical and emotional set of storms I will ever experience. Starting in the year 2000 with what seemed to be a manageable case of hypertension, my body began to gather diagnoses like a tropical wave gathering momentum. Hypertension, then diabetes, was slowly followed by congestive heart failure that caused sudden episodic syncope. After fainting in the middle of the highway (doing 60 m.p.h. on a quarter-mile stretch named, ironically, Dead Man’s Curve), it was decided that a pacemaker/defibrillator should be placed in my chest.

After surgery, my cardiologist looked at my follow-up bloodwork results. “Mr. Matthews,” he said, squinting at me with an odd expression, “I need to refer you to a nephrologist.”

I decided I would choose to be one of those who dedicated themselves to helping others through pleasant interaction, because being negative wasn’t going to help me one single bit.

A few months later, the first of several shunts and fistulas were placed in my arms and right leg, along with a temporary catheter in my right jugular vein. Hemodialysis, three times weekly for 3.5 hours per treatment, became my norm. Depression tried to become my norm as well, but anger was my favorite stage of grief. Not anger at God, because I realized that He wasn’t the one who abused my body all these years, I was. I looked around at all the patients taking dialysis and their varied responses to it, including deep despair and deliberate obnoxiousness, and decided I would choose to be one of those who dedicated themselves to helping others through pleasant interaction, because being negative wasn’t going to help me one single bit. I placed my name on the kidney transplant list, determined that, while I couldn’t stop the disease process, I could, and would, be in charge how I let it affect me.

On July 2, 2014, we received The Call. There was a donor kidney that appeared to be a good match, so off we went! I was given the green light, and early the next morning, I was introduced to my new life.

Tubes, and more tubes, first added, then removed, and then, of course, reinstalled. New medications, with an interesting set of side effects (hot flashes were my wife’s personal favorite.) I hadn’t urinated in several years, so my walnut-sized bladder cramped in vehement protest against the invasion of urine my new kidney insisted on delivering. But these and other inconveniences were well worth the price of knowing I was finally past the worst of the storm, and I could now begin the process of rebuilding to normalcy.

I now no longer dread my scheduled doctor appointments. My lab values, while not perfect, fall within reasonable norms of a post-transplant patient. But more importantly, I expect each new day to be a pleasant surprise yet undiscovered. I expect to learn something new each day, and I’m rarely disappointed. I expect to laugh at least once every day, and I refuse to laugh alone.

I have learned to prepare for the best.

Reverend Keith Matthews was diagnosed with ESRD approximately 15 years ago, and is working on his 4th year as a transplant recipient. Keith is an LPN and worked as a CNA Instructor for Louisiana Technical College, Acadian Campus for approximately 10 years, along with several other local health care facilities. He is pastor of Greater Mt. Zion Baptist Church and founder of Ambassador Ministries Inc., both of Crowley, LA. Keith is also the author of three books available on Amazon:The Word of the Lord Came To Me—Now What? (Outskirts Press), He Wrestled With An Angel, and The Cane Creek Chronicles, Vol. I. He resides in Crowley, LA, with his wife, Annie, and his two children, Charles and Kedra.