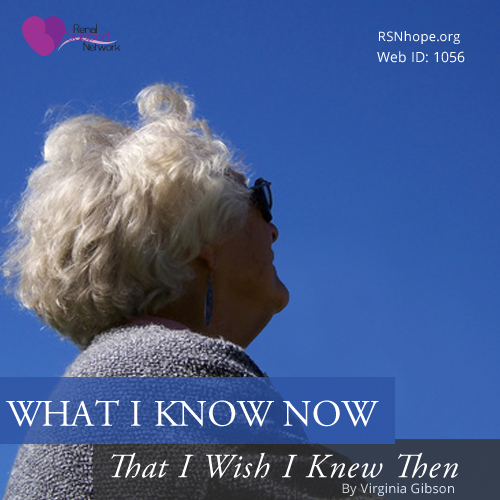 The June sun was blazing hot as we sat in our lawn chairs cheering on “Nothin’ Fancy”, our favorite bluegrass group at the Wind Gap, Penn., concert. It was the last day of a three-day Bluegrass Festival.

We signed up for the August Fiddle Convention, having no clue we would never make it, and headed up to Schenectady, New York, to visit our daughter and son-in-law.

We parked our motorhome in its usual spot in front of the house and went in to Michelle and Luke’s for dinner. Later, Luke decided we needed ice cream and went down to Stewarts to buy the newest flavor.  Usually, I watch my diabetic diet carefully, but that night ice cream sounded so good I had a heaping dish.  Big mistake.

Before I was able to go to sleep, I got violently sick and couldn’t stop vomiting. I don’t know how long this went on before Steve went to the house to call an ambulance. Suddenly, it felt like the whole neighborhood was outside our RV looking in.  I felt like the whole neighborhood was gawking at me, and I complained as two techs were trying to get me out the door and into the ambulance. They said two different companies had responded.  It must have been a slow night.

Once in the hospital, a catheter was put in my chest and dialysis was begun. My kidneys had shut down. What a rude awakening!

During my two-week hospital stay, I had plenty of time to reflect as doctors and nurses got my medical history. I told them I was six when I was diagnosed with diabetes in 1938. They all seemed surprised, because up to that point I had been relatively healthy and had led an active life.

“The doctors didn’t expect me to live beyond age twelve. I am now eighty-four.”

In 1938, there was no such thing as a test strip or blood glucose meter. Blood had to be drawn with a needle that looked as big to my six-year-old eyes as a huge carpenter nail. Occasionally, a nurse would pierce an earlobe to get a drop of blood, and to this day I can’t stand the thought of getting my ears pierced.

In those early years, when the study of diabetes was so new, nothing was ever said to me about the danger of kidney disease. Insulin had been mass produced sixteen years before I was diagnosed, and few studies had been made. The doctors didn’t expect me to live beyond age twelve. I am now eighty-four.

As diabetes became an accepted part of my life, I followed my career path and paid little attention to doctors. It was when I decided to get married that a doctor visit seemed wise. I had no diabetic doctor and hadn’t had any doctor since I left home. I occasionally used the clinitest tablets to test urine, which was often high. The doctor who treated me after I got married, and who helped me through three pregnancies, helped me to maintain better blood sugar control. But I don’t remember that he said anything about kidney disease.

“I keep thinking of the line from a bluegrass song I heard recently: If I knew I was going to live this long, I would have taken better care of myself.”

I dreaded dialysis treatments in the hospital.  They often led to Atrial fibrillation or just plain made me sick. I had known I had heart disease, and I was told by a doctor that I had “malignant hypertension.” I thought he was kidding, but found out it’s an actual term. So there I was, captive in this hospital until my blood pressure went down, my diabetes got in better control and my dialysis settled down.

Dialysis; the thing I most dreaded and vowed never to have to undergo was now part of my life, and I still blame it on that bowl of ice cream. But I have learned that diabetes is the major cause of kidney problems; high blood pressure is the second cause.

Another cause I hadn’t known about is pain medication, which one of the techs told me is the cause of many dialysis patients being there.

So now I go to dialysis every Monday and Friday, bookends on my week. And I have friends there –patients, and the tech and nursing staff. I read, I write, I knit and occasionally watch TV. It’s not so bad, but I keep thinking of the line from a bluegrass song I heard recently: “If I knew I was going to live this long, I would have taken better care of myself.”

Virginia was born in Idaho and moved to Philadelphia after getting her degree in journalism.  She is involved in church and historical society activities and is happily married to Steve for 41 years and loves spending time with her family. She lives in Boyds, MD. and receives in-center hemodialysis at DaVita, Middlebrook in Germantown, MD