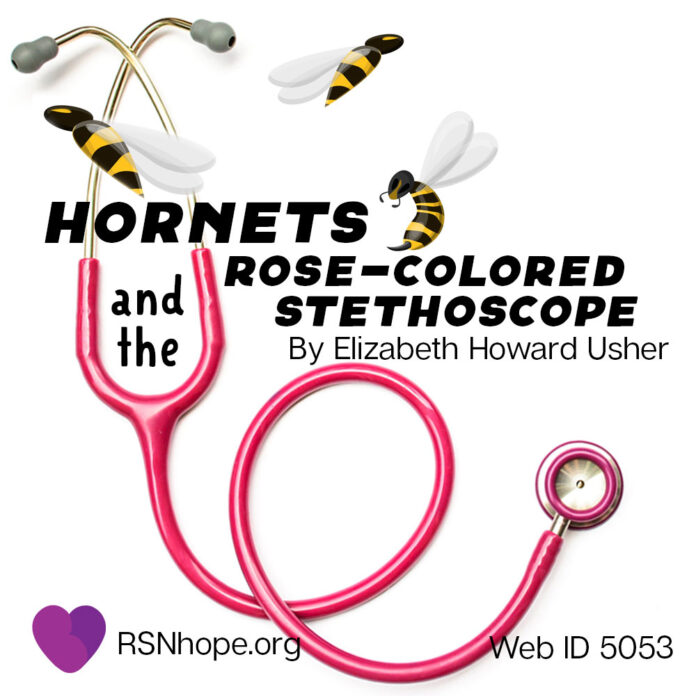 … I couldn’t believe it. I was numb as I rose from the conference table and headed toward the inner sanctum of the dialysis facility. The usual beeps, high-pitched bells, and mechanical moans and groans of the machines suddenly made me weak. My ears were buzzing as if a swarm of hornets were inside my head.

The nurse took my elbow as I collapsed into the chair; the tech prepared me for dialysis by inserting a needle into my arm. My eyes began to burn as the tears emerged. I was in shock.

An hour later, a deep soothing voice came from nearby: “What is the matter?” Looking over, I saw his rose-colored stethoscope.

Three months earlier, I was in the hospital because of high potassium, which had caused me to faint. Dr. K, my nephrologist, told me to go right to the emergency room. I was nervous but somewhat prepared; the doctor had said that if my kidney function went below 11 percent, dialysis was my only recourse.

At the hospital, Dr. K came into the room to see if I had any questions pre-dialysis. He was of medium stature and slight build. Behind his thin-rimmed glasses were kind, brown eyes. Always a natty dresser, he wore well-fitted suits of earth tones, coordinating ties, expensive brown leather shoes, and a stethoscope that was rose-colored. “How are you?”

His English was perfect, with a slight accent of New Delhi or Gujarat; he spoke in well-measured tones. I had begun to feel the buzzing of hornets, a form of tinnitus, as when under great stress. He assuaged my fears as he gave me positive truths about dialysis keeping me alive. He said, optimistically, that I should consider getting a transplant. But for now, he had set up an appointment with a clinic to continue my dialysis. He had arranged for a treatment center across the Ohio River, a forty-minute drive one-way from my home. Strangely, none of the other four nearer dialysis centers would accept my insurance.

I had treatment there for three hours, three days each week for three months. Then one day, unexpectedly, the head nurse ushered my brother-in-law Chuck and me into a conference room. Entering, Chuck and I saw Karen, a facility insurance liaison, sitting next to a very large woman in an orange sweater with a big Halloween pumpkin with gapped teeth on the front.

Neither woman looked up. The hornets awakened. Karen introduced the lady as being her superior and regional honcho. Karen wouldn’t look at me, and the large lady took out an emery board and started filing her nails. Karen said that a mistake had been made, and the facility could no longer accept my insurance. I felt I was in a Kafkaesque novel. She tried to say I had misunderstood the terms. Chuck, who used to own an insurance agency before retiring, spoke up firmly. “We did not misunderstand.” A brief discussion ensued, as the woman continued making false statements. What was I going to do?

I found out later that all five dialysis centers were owned by one company; they were franchises whose owners had political tiffs with my insurance company. The large woman then continued to say that I could stay if I paid one-third of each week’s charges: $8,000.

The hornets were now tap dancing and banjo playing.

What could I do? I had nowhere to go.

… I saw his rose-colored stethoscope. “Oh, Dr. K.” I told him the story and how there was no place that would accept my insurance. He pulled up a chair and sat down facing me. His mouth broke into a wide smile. I was confused. He was now laughing, “Why don’t you come to my dialysis center? It’s two hours one-way, but it’s mine.”

Apparently, not only was he the medical director of all these local facilities, but he also owned three facilities himself. I had dialysis at his facility for three years, and I was never charged a penny! After that, he encouraged me to try testing for a possible kidney transplant. I was very lucky, for after tests and retests were done, I received a call two years later that a kidney was waiting for me.

When asked about my healthcare hero, I would definitely opt for Dr. K whose wisdom, intelligence, humor, and humanitarian spirit made him a paradigm of a great doctor. I am writing this essay to honor the man of the rose-colored stethoscope who vanquished the hornets.

Elizabeth Howard Usher taught English at Lakewood High School as well as Harding Middle School in Lakewood, Ohio for thirty-one years.  She graduated from Linden Hall School in Lititz, Pennsylvania; Pine Manor College, and Western College. During her teaching career, she was named Teacher of the Year in 1984 and Educator of the Year in 1998.  She is named in both Who’s Who in American Teachers and Who’s Who in American Women.  She has diabetes and has been on dialysis since July of 2010. In her spare time she is part of a MENSA consulting group for advertisers and she loves cartooning, oil painting, playing the violin, and writing short stories and poems. She is presently working on a novel about Ruthin, Wales, a mystery. 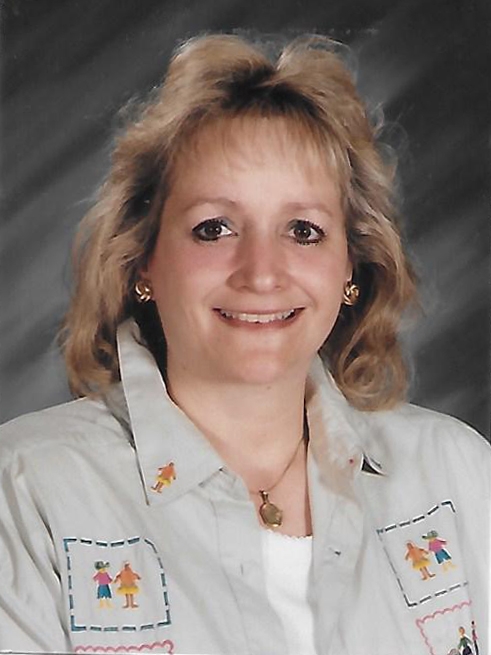 Elizabeth Howard Usher received a kidney transplant in 2013 after three years on dialysis. She taught English for 31 years and was named Teacher-of-the-Year in 1984 and Educator-of-the-Year in 1998. She participated in the MENSA process (creating names for new products). She appeared contestant on Jeopardy!, was included in Who’s Who in American Woman and Who’s Who in American Teachers.

Elizabeth loves crossword puzzles, Numbrix, sudoku, playing the violin, oil painting, cartooning, genealogy, anthropology, animals, (especially dogs), reading, and writing short stories and poems. She has a white German shepherd named Blitzkin von Tart and a turtle named Eugene, who was given to her as a gift as a three-week-old hatchling by a student 32 years ago.