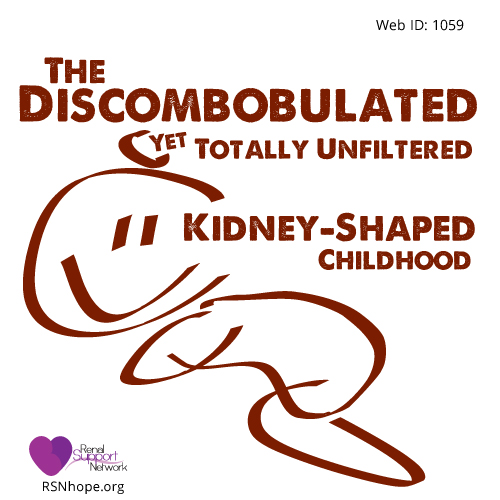 An atom or two slothed off and joined a rival organ. The glomeruli may have had an issue with their nephron overlord and deserted the premises. Maybe my genetic code was wrung out like a washcloth and the remainder was frayed and useless.

These are the wonderments that keep me sane as I bask in the memories of my well-worn wisdom, earned from the tribulations of a scattered, shattered youth.

In the summer of 1980, I was ten years young, flushed with innocence, the world filtered through naïve-colored glasses. I joined my adventurous family on a whirlwind wandering of the Pacific Northwest. Near the end of our quest to enjoy the labors of Mother Nature, I started to vomit regularly and with increased vigor.

The flu was assumed. The hurling continued. The truth was rushing toward me with reckless abandon.

I wish I’d known that these early trials would embolden my self-reliance.

I relish the day when blood tests are considered barbaric. You never forget your first.

“See that little girl over there?”  I nodded my head once, slowly. “She’s about to have her first blood test, so I need you to show her how easy it is, okay?”  Another confident nod betrayed my pulsating fear.

My mantra became clear as these continued unabated.  Brace face. Hide the pain. Swallow the trauma.

I wish I’d known how detrimental this would be to my developing psyche.

Another visit to the sterile and indifferent hospital room of the week.

The tentacles of tubing reached awkwardly from the back wall, arched over my fluffy pillow, and inserted themselves purposefully into my frail, toothpick arms.  Glancing over my shoulder, I saw a hovering rectangular bag of fluid whose bottom was curved nearly into the shape of a smile.

Smiles are rare currency in the economy of healthcare.

Without technological gizmos to secure boredom’s extinction, my young mind decided to indulge my roommates in conversation, though they only spoke in blips, pings and alarms.

The EKG heart monitor was consistent and dependable, never wishing to be interrupted with tedious dialogue. The piercing, squawking alarm blaring from the IV pump seemed to be the only vocabulary he ever invested any energy in (though I presume he was overly entertained by striking in the absolute jackknife of the morning).

As for the blood pressure cuff, she was fresh-out-of-the-box brand new, but blatantly upset at the tiniest variation from my mathematical norms. Her saving grace was that she spoke in pleasant, reassuring tones when triggered. She was also quite needy; her musical melody becoming louder until she garnered the attention she felt she deserved.

But once my discharge papers were signed, they spoke no more.

And here I was, assuming we had become friends.

I wish I’d known that my recurring stays of loneliness would foster my perpetual imagination.

To the naked ear, glomerulonephritis sounds like a tastefully eclectic dish served in a faraway land where the mention of chronic disease causes natives’ faces to scrunch unnaturally.

The tiny globes of capillaries, proudly housed inside the Glomerulus Union, decided that they were laboring far too hard, while the nephron was receiving all the credit. Thus, they went on strike. Negotiations had gone horribly awry for years.

Then the bureaucracy of my body began to do what all government agencies tend to do:  underestimate the severity of the issue until it’s too damn late, then panic.

The remaining Glomeruli that remained loyal to the cause were forced into triple overtime, pushing urinary output far past mandatory guidelines. Nutritional banks had to be lowered to minimal input as the stomach was used as a waste management backup.

My septic system was flailing, drowning in its own toxic fluids. Oxygen was scarce as my lungs unwillingly caved. Then the nothing overwhelmed the everything.

Nothingness is rather peaceful. Peaceful and pain-free.

Consciousness greeted me with the sting of an invasive tube protruding from the side of my neck. My streaming blood abandoned my tainted system, desperate for a second chance.

Dialysis saved my fragile life. No one told me it would ask for shards of my soul in return.

I wish I’d known how lucky I would be to endure this as a child. Future ailments would be easier to conquer because of my fateful youth.

(Stacy Hoblitzell couldn’t be here for this quickie quick bio due to his infatuation with the blissful art of slumber. Thus, we’ve asked his best friend Filbert the Kidney to speak for him.  It’s okay Filbert.  Squash the fear like we spoke about.) 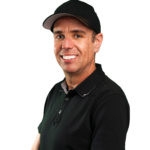