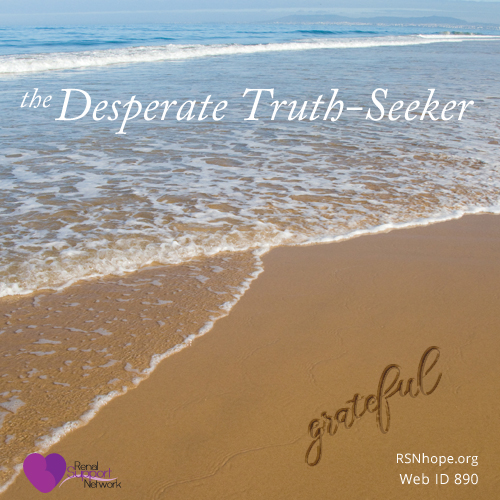 My greatest fear had suddenly become a chilling reality when tests confirmed that I’d inherited the same kidney disease that took my father’s life in his early forties and my grandmother’s life before I was born. I felt kidnapped by my own genetic inheritance and doomed by its legacy.

I’d prayed that my life would be different. The reality of someday having countless cysts overtake my kidney function rattled me to the core. Oddly enough, I was told, “Relax. You have lots of time. You’re not sick enough yet.” The notion of becoming sick enough continued to haunt me.

While it didn’t happen all at once, my numbers started declining as the years went by. Desperate for guidance, I jumped on a plane to attend a premier kidney conference. The timing couldn’t have been better. All of my uncertainties were addressed. The truth was out. Patient advocacy was in.

My mind was reeling the entire flight home. At 35,000 feet, I reset my internal compass to debunk all of that “get sicker first” gibberish. I was on a mission to become my own best advocate with a new mantra, Vincit Omnia Veritas—Truth Conquers All. By the time the cabin door was aligned with the gate, I felt an incredible sense of renewal. I knew I was onto something big. I snatched my bags and hit the ground running in search of the best life possible.

I became an inquiring mind on a laser-focused expedition. I researched, interviewed, and polled those who had walked this path before me. The more I learned, the more I realized how much I didn’t know. I discovered staggering differences between dialysis and transplantation. I also discovered that dialysis before transplantation posed significant disadvantages. For the life of me, I couldn’t understand why I’d been duped into believing that both dialysis and transplantation held similar value. Short of being educated on their respective procedures, I was in the dark about their comparative outcomes and quality-of-life differences.

While I didn’t need renal replacement at the time, I knew that the day was approaching. I burrowed my way through a maze of choices and found the magic kingdom of preemptive transplantation—the golden ticket to bypassing dialysis through living-kidney donation. Astonishingly, that was an optimal choice that was never discussed with me.

I then studied our nation’s shortage of organs from deceased donors, the dreadful waiting list and inconceivable timeline. I felt strongly that something had to be done, so I started sharing these facts with anyone willing to listen. Eventually, I built up enough courage to weave my own story into the conversation. The response was deeply inspiring. Most listeners wanted to learn more, and nearly two dozen offered to help in some way. Over the course of a year, a handful of these precious souls stepped forward to be tested on my behalf.

Sadly, all of them were disqualified. Daunted by disappointment, I refused to let unfavorable circumstances make me abandon my mission. I knew in my heart that my ideal donor was out there. I reflected on my journey and realized that my need had become stronger than the promise of its subsequent blessing. I said goodbye to the person in need of what she didn’t have and became a person who already had everything she needed. Within 10 days of owning this newly liberated point of view, my ideal donor appeared.

She wasn’t the typical volunteer for this type of engagement—not a family member, distant relative, or lifelong friend. She was a transplant nurse who’d witnessed too many unnecessary deaths from organ donation reluctance.

We were newbie acquaintances. Kindred-spirits is how she described it. According to the lab, our kinship went beyond all the visceral intangibles. Melissa and I had a 5 out of 6 “sister-like” match. I felt immensely blessed.

After our surgeries, I affectionately nicknamed my new kidney MAK—a fitting acronym for Melissa’s Amazing Kidney. Melissa insists that the gift she gave was just as much a gift to her as it was to me. Never claiming to be a hero, she says that she simply did what she felt was right.
As for me, I describe it all in one word: grateful.

I’m grateful for the gift of MAK.

I’m also grateful that I found the courage to proactively advocate for the best possible life—the life I now live.