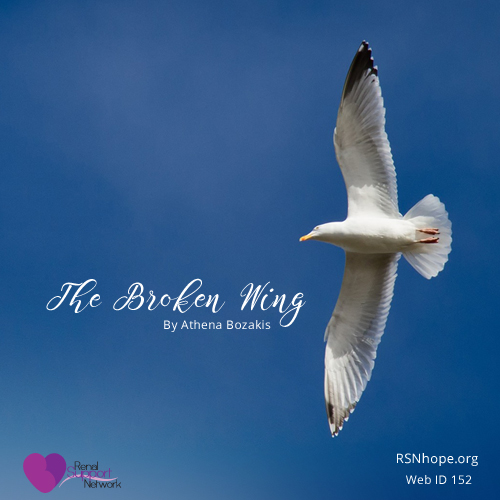 I was flying high! In spite of a humble beginning, an abusive marriage that ended in divorce and three children to rear, doors had opened for me, and opportunity seemed to have chosen me for its one true mission. My career in computer technology was in full swing. I had mastered the logic and risen in stature.

The children had grown and started new lives. This was my time to amass retirement funds and plan for a future full of European tours and artistic fulfillment. Maybe I could even rekindle my social life after years of heavy responsibilities.

My thoughts that morning in August, 1989, were on an upcoming computer conference in Boston. I had showered and used the toilet once more before I dressed. When I turned to flush it, my hair stood on end. The water was filled with blood!

I think I went into total denial at once. I know I was shaking as I made my way to the bedroom. Then I continued to get dressed and numbly drove to the office. I didn’t go near a bathroom again until about 2:30 that afternoon. There it was again! This was when I decided I better see a doctor.

My family doctor was perplexed by the blood work results. He sent me to an internist, who gave me a jug to fill with urine over the Labor Day weekend. I returned the completed jug on Tuesday morning and went to work even though I was so bloated with water that my clothing hardly fit. It was difficult to walk and even more difficult to breathe.

Did that stop me? No way. My projects were waiting, and there would be phone messages to return. You see, I was a dedicated professional with a very important position.

The receptionist handed me a message as I emerged from the weekly staff meeting. She said I was to call this doctor back immediately. The name was a new one.

I made the call. He explained that he was a nephrologist and that I was in serious trouble. Maybe he could save me. Maybe? What?! Sitting at my desk, I felt rather detached from the whole scenario. I should come right to the hospital. Don’t stop at home. Call my family and my priest. What? As I hung up, I told the director that some sensationalistic doctor needed to be assuaged. We decided I would go and take care of whatever it was and return to work for the afternoon.

That day started a journey down the twisted path of end-stage renal disease. I went through experimental treatments, surgery, depression, bone disease, diet and fluid intake changes, and lifestyle modifications. My valiant efforts at trying to continue working until retirement age failed. Seven years of struggling with fulltime employment and evening dialysis finally took its toll, and I retired with disability at age 55.

Depression, isolation, and hopelessness were my constant companions for the first months. Even the old three-story homestead had become an albatross. It took me a year to relocate, buy a new computer, and notice that the sun rose every day. A lot of the credit goes to my family and friends. There was always somebody there to pick up the pieces.

My reawakening started with a church dinner that needed volunteers. Then it was a plea from the literacy council for people to mentor illiterate adults. Later, I heard about GED classes begging for a teacher. And there was always a need at the clinic to raise the spirits of my fellow patients, who sat strapped to the machines three days a week.

Friends and family gained a new, accessible resource for problem solving. As I got more and more involved, it occurred to me that, if I were still working, I could not have participated in these vital issues. I would not have been there to fill in the gaps. My God-given talents would still be tied up building personal wealth. It was only after my wing was broken that I was able to refocus on the real meaning of life. I could use my talents to inspire hope, expand the horizons of my fellow man, and help others to regain their dignity and dream of possibilities.

Wow! What a chance to prove myself worthy of extended life on this planet!

I rejoice that, when disaster struck, it chose a way to keep me grounded but alive and capable of rising above my personal paradigm with grace.

About the Author
Athena Bozakis lives in Allentown, PA. She is the Third Place Winner in the iKidney.com Second Annual Essay Contest entitled, “Kidney Disease–Redefining What is Important in Life.” The contest was made possible by support from Watson Pharma.