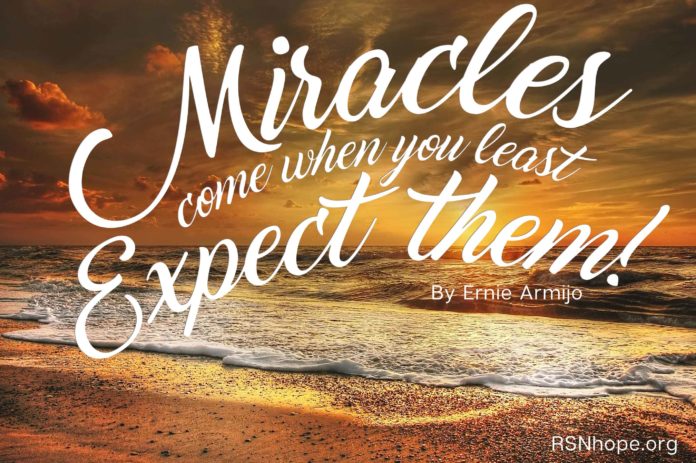 It was in the year 2000 when I was diagnosed with Polycystic Kidney Disease (PKD) after my doctor discovered my blood pressure was elevated. My nephrologist closely monitored my PKD progress over a 14 yr period. During this time my GFR slowly declined as is expected with this type of kidney disease and in 2014 it had dropped to the low 20’s. This was around the time I slowly started to feel sick from nausea. As time progressed and my GFR continued to drop, the nausea continued to get worse and eventually became part of my daily life and feeling bad everyday was hard to overcome. My daily nausea affected my ability to eat and by 2017 I had lost almost 50 pounds. I had little drive and could no longer do the things I once enjoyed. My wife found it difficult to see me suffer. She worried that I might become depressed, and she’d often say, “I don’t know how you deal with that every day.”

PKD is a hereditary disease, but considering my family history, my experience with the disease was uncommon. PKD causes numerous cysts to grow in the kidneys, and over time, the cysts progressively overtake tissue and can cause several problems such as high blood pressure and aneurisms. As more cysts develop, the kidneys continue to grow in size as mine did. The enlarged kidneys applied pressure to my sides, back, and stomach, and reached the point where I could only sleep on my back due to the pain and pressure.

In July 2017 my GFR dropped to five percent and my nephrologist started me on dialysis. I would dialyze from 1 to 5 p.m. Mondays, Wednesdays and Fridays at a local DaVita facility. The dialysis helped a little, but I still felt sick, and I learned that some fellow patients had been on dialysis for more than 10 years and was certain that was my destiny as well.

In December 2017 my nephrologist determined it was time to remove my kidneys due to the problems they were causing. I had also been evaluated by the transplant surgeon and he determined my kidneys were so enlarged there was no room for a transplanted kidney and need to be removed. In February 2018, I had a bilateral nephrectomy. My brother and sister traveled across state lines to be present for the surgery. I was shocked to learn that my kidneys weighed a combined 14.3 pounds! Their removal made me feel better because they no longer applied pressure to my stomach and bowels, but I still didn’t feel well. I continued to experience nausea due to the toxins that lingered in my system; it just wasn’t as bad as it had been.

My wife wanted to donate but she was not a match, and so we planned to go through the process called “paired donation,” which can reduce waiting time from 5 to 10 years to 12 to 18 months and maybe even shorter waiting times in some states. Sometimes the paired donation process can be a benefit to others. A Kidney Paired Donation (KPD) is a transplant option for candidates who have a living donor who is medically able but cannot donate a kidney to their intended candidate because they are incompatible (i.e., poorly matched) and is cross matched with others in the same situation. Paired kidney donation could just be the process others could benefit from if they have an incompatible donor. See links for more information at the end of this post.

I was beside myself and was such a surprise I didn’t know how to react, but hope came upon me like I have never felt before.

I finally reached the point when I knew that something had to change. After watching the success others across the nation had with social media, I was prepared to use Facebook and LinkedIn to advocate for a donor. I had nothing to lose and was willing to try just about anything.

After seeing what I was dealing with, my sister, unbeknownst to me, had herself tested to see if she was a match to donate. The day I was to go live on social media in May 2018, I received a surprise call from my sister telling me she had herself tested, learned that she was a match, and that she wanted to donate one of her kidneys to me. I was beside myself and was such a surprise I didn’t know how to react, but hope came upon me like I have never felt before. She traveled to California for additional testing and it was determined that she was a “perfect” match and the transplant surgery was scheduled for 6 weeks later.

Both of our recoveries went so well that my sister was released the day after surgery and I was released 2 days after her. I could already tell the difference in how good I felt the day following surgery. I haven’t felt this good in years. I’m back to my old self, doing more, and even getting out of the house, something I rarely did previously because of not knowing when I would become sick. I no longer needed the eight milligrams of nausea medication that I once had to carry wherever I went.

My primary care insurance paid for the entire transplant, and also for my sister’s medical care. In addition, the transplant center paid a week’s worth of expenses incurred by my sister, her husband, and my brother which included airfare, hotel accommodations, a rental car, and more.  My sister was my angel donor and i am so grateful to her for giving me my life back to me. I try to share my story in as many places and with as many people as possible hoping it will inspire others to save a life by donating.

The day after my 90-day Doctor appointment, I packed up and drove over 700 miles to visit my brother, sister, and her husband. Something I would have never thought I would be doing anytime soon. My sister donating a kidney has made a huge difference in my life and hope and pray others can benefit from a live donor. I encourage others to research live donor options and talk with family and friends in order to get a good understanding of the paired donation process so that can be shared with others who may be interested in donating.

I feel very fortunate that my dialysis lasted only one year before I received a transplant, but it breaks my heart to know others have been on dialysis for more than a decade while still waiting for a donor. I know there are many patients who are looking for information, or just someone to talk to and ask questions regarding the transplant experience. I am available to anyone, patients, family, or friends who would like to talk and share information.

Stay strong and try to be as positive as you can and don’t be afraid to talk to others about your condition. Please don’t wait to use any methods available to advocate for a live donor like I did. Your miracle could be the next person you talk to about your desperate need for a kidney!

Ernie is an army vet, and retired from 37 yrs of national defense work.