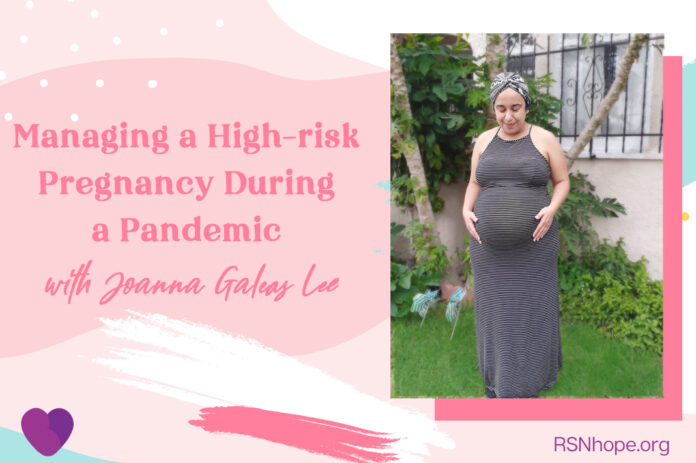 Before suddenly being diagnosed with kidney disease, Joanna Galeas Lee was like any other 15-year-old girl. College was in her future, as she envisioned herself with a briefcase, an office, and a career. In 2003, while in college, Joanna had something else on her mind. She wasn’t feeling well and her skin itched. She went to see a doctor and was told she had autoimmune hepatitis—her body’s immune system was attacking her liver. The good news was that the disease is not contagious, and doctors were able to manage it with prednisone. 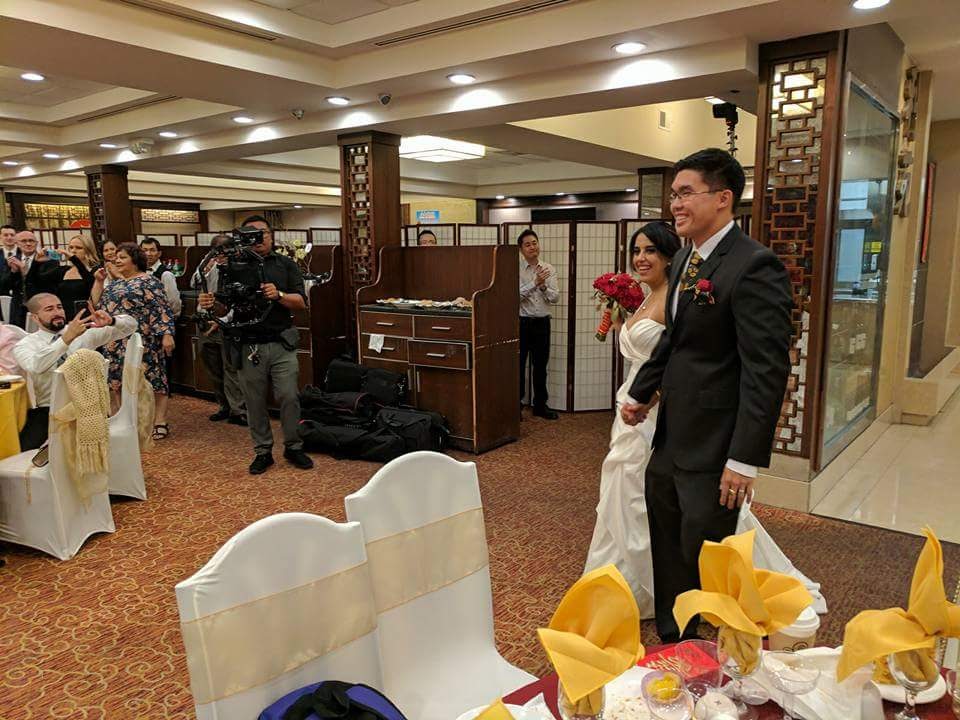 Joanna landed a job as an auditor for the state of California, performing services for financial service institutions and commercial lending establishments. She also married her sweetheart and she and her husband, Jimmy, looked forward to the day when their first child would be born. They waited and waited for the first signs of pregnancy—until they could wait no longer. They knew if they were to have children, they needed to take a more proactive approach.

How was your kidney disease managed? My kidney function was slowly deteriorating, so for a long time I was treated with medication. In 2007, I began having peritoneal dialysis. Eight years later, in November 2015, I had a kidney transplant. My parents both had been tested as potential donors, and they met all the criteria. Mom was scheduled to be my donor, and the surgery was set for January 2016, but then I got a call. A family who’d just lost someone, gave me the gift of life.

What did you do to prepare for pregnancy? First, I needed to know if I was healthy enough to have a baby. In early 2017, I worked with my nephrologist and transplant center to change my meds because some of them are damaging to the fetus. But I needed enough immunosuppression to make sure that I would not damage my transplant.

Regular testing went on for two years, and during that time, I tried intrauterine insemination, but that wasn’t working. I also tried acupuncture, and Jimmy and I looked into foster care because we wanted so badly to be parents.

In vitro fertilization was expensive, but I saved up to do it. I was told I’d have to wait six months to see an IVF doctor, and I asked to be notified of any patient cancellations. 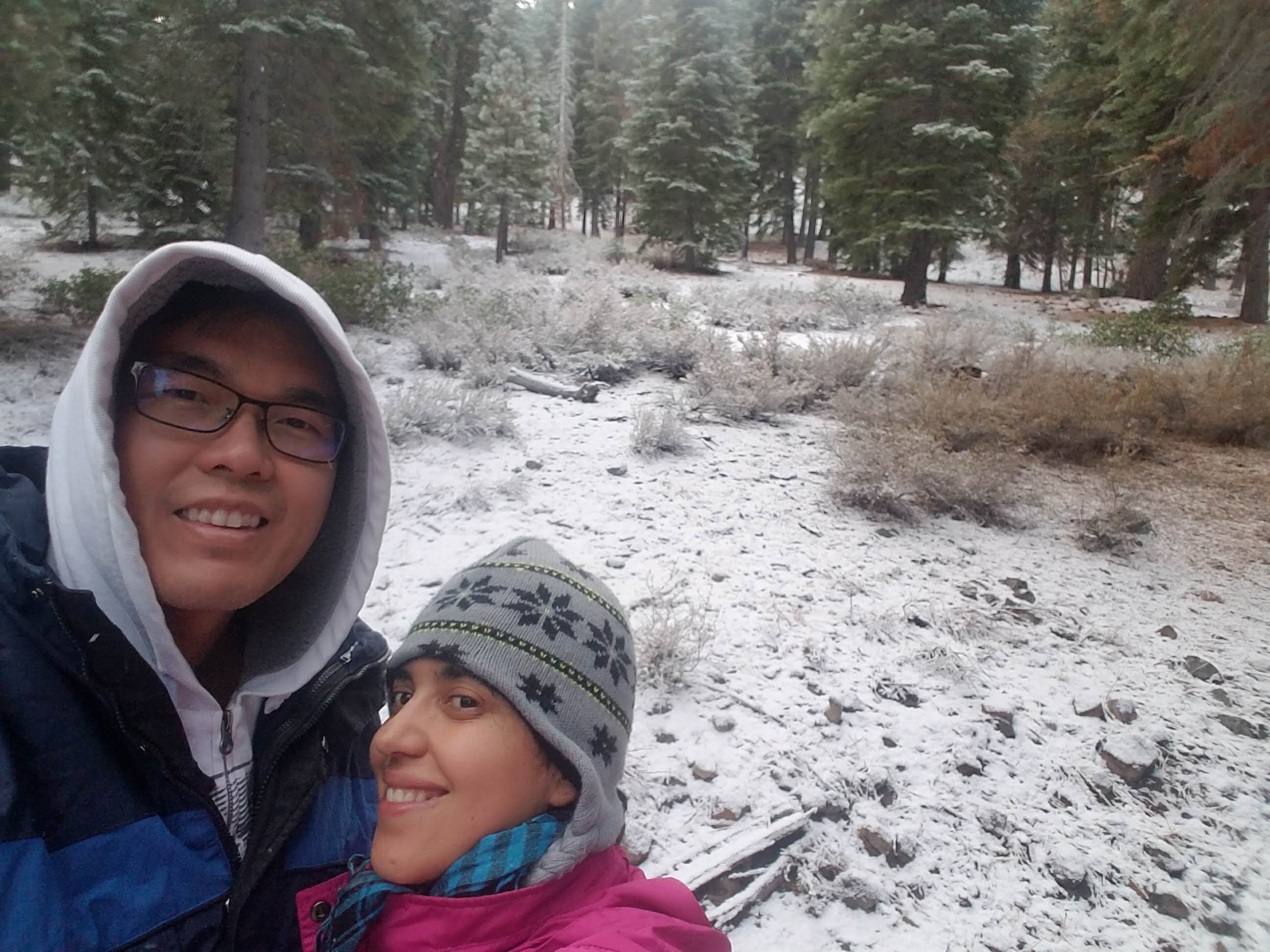 That’s a lot to go through. What happened next? It was November of 2019 and we were getting ready to go to Lake Tahoe for a vacation when I got a call about a cancellation. Just when it was looking like we might have to cancel our trip, a second call came in informing us that there was another cancellation, and I could see the IVF doctor before we were scheduled to leave for Tahoe.

My period was a couple of days late, so I took a self-pregnancy test. It was positive! It turns out I was actually pregnant after all; I just didn’t know it. Yes, that really made our vacation!

Soon my doctor started doing ultrasounds. Everything was going along smoothly even though at 36, I was considered to have a geriatric pregnancy. But then the COVID-19 pandemic arrived. It was March 2020, and my husband and I both started working from home. The ultrasounds should have been an exciting experience for my husband and I, but with the pandemic it became something I did alone. Jimmy had to wait in the car, so I downloaded WhatsApp to include him in on them.

And then, being prone to ear infections, I developed one and had to go out of network to visit my doctor, and then to another doctor when my doctor closed her practice because of the COVID-19 pandemic.

After yet another doctor visit, I got a call to go to the hospital because of an abnormality in my lab results. The hospital released me four days later when my platelet count went up. This happened again, but this time I was released after two days. From that time on, I was monitored twice a week. 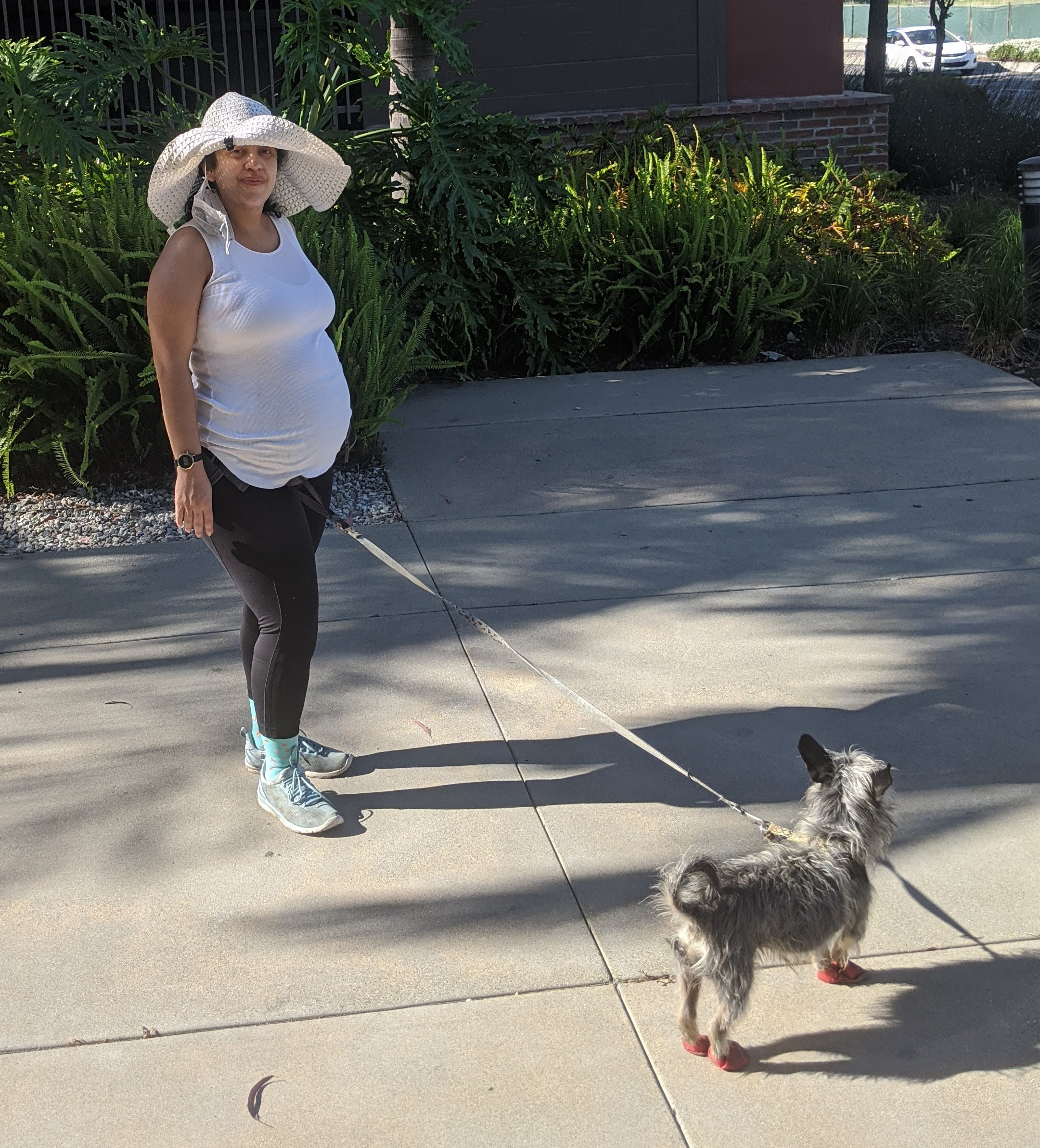 When did your labor start? It started in early June. Although I had learned that at 32 weeks it’s much safer for a baby to be born, 34 weeks is even better because by that time a baby will be able to breathe on its own after the delivery. Thankfully, my water didn’t break before 34 weeks!

It was midnight, and I thought I might be having “false” labor pains, also known as Braxton Hicks contractions, so I didn’t call the doctor until 2 that morning. Jimmy and I got to the hospital by 3 a.m., and our daughter was born seven hours later. The only person allowed to be with me during the birth was Jimmy. Our daughter came into the world weighing 4 pounds and 8 ounces and breathing on her own, but she needed to stay in the intensive care unit for almost a week.

What was it like to be in labor in the hospital during the coronavirus pandemic? It was confusing! The rules were always changing. The hospital kept COVID patients separate from everyone else, and those patients had their own nurses. Still, I was nervous. Everyone was wearing a mask. I had to wear one the whole time too, unless I was in the room alone with my husband. I even had to wear one during delivery. 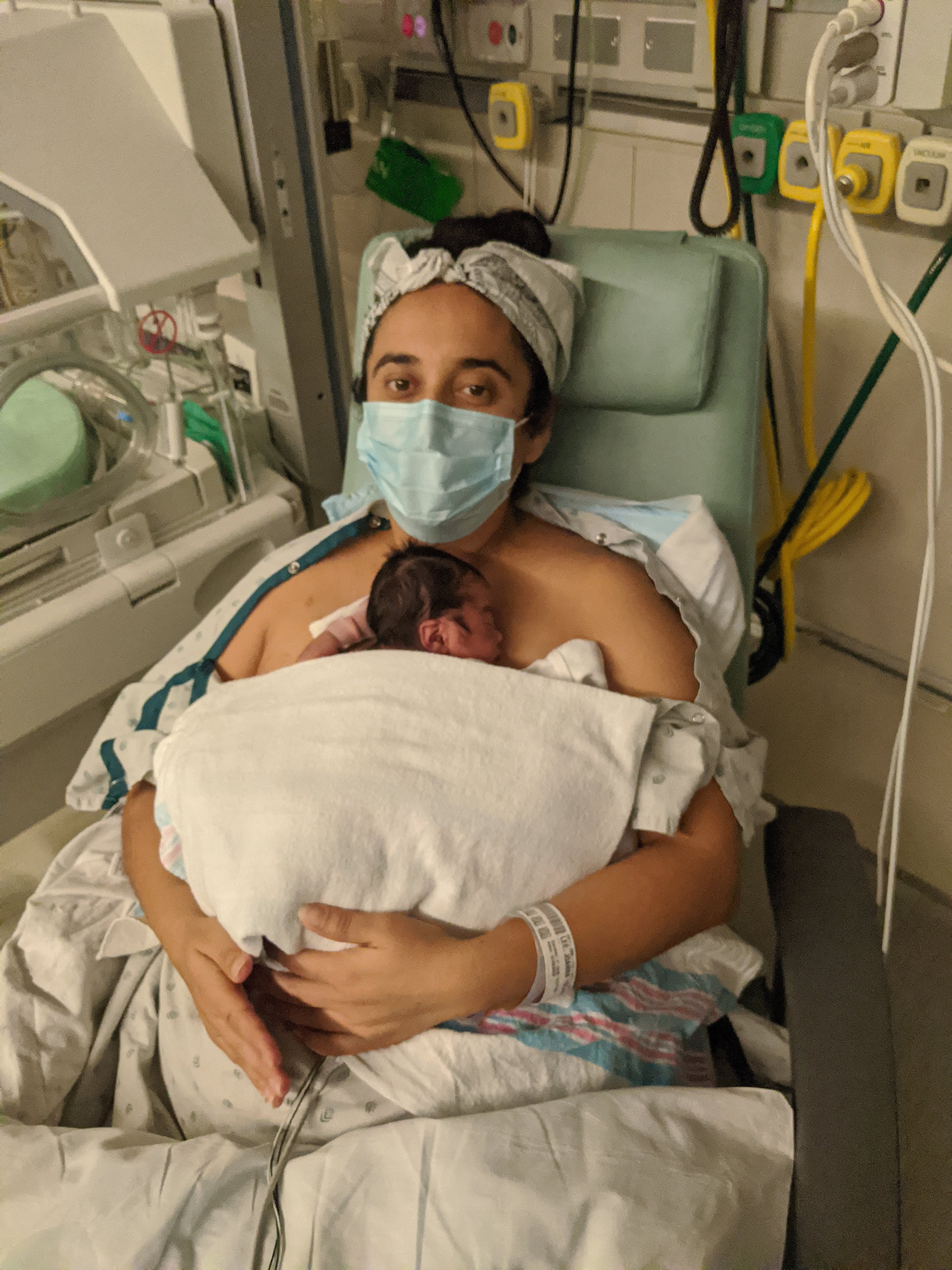 Did you deliver vaginally? Yes! No C-section! I felt strongly about not subjecting my child to more meds than was absolutely necessary, especially since I was on medication throughout my pregnancy. The first time the nurse came into my hospital room, she offered me something to start my labor, saying, “everyone does it.” But I told her I didn’t want it because I believed I was already in labor. Although I was practicing “hypnobirthing” virtually before I went into labor, it was hard to get through, but I was prepared to do what was best for our baby.

How long were you in the hospital? They let a new mother stay for three days after a vaginal birth, so I went home but our daughter had to stay there almost a full week. My husband and I visited her daily.

How are you doing now? Around the time of my hospitalizations my creatinine levels were being monitoring weekly. They had gone up to about 1.0 which is about a 30 percent increase to my regular levels. After delivery, they drew my blood and it was already starting to come down! It was a huge relief because acute renal failure can happen after delivery. I’m in a kidney pregnancy support group online and it has happened that women have lost their transplants and gone back to dialysis.

What kind of help do you get at home? Mainly it’s my husband who cares for us. No one else can be there with us because of the increased chance of catching the virus. But both our moms delivered food and supplies to our door, and that really helped us get through those first weeks. We were so grateful for that! 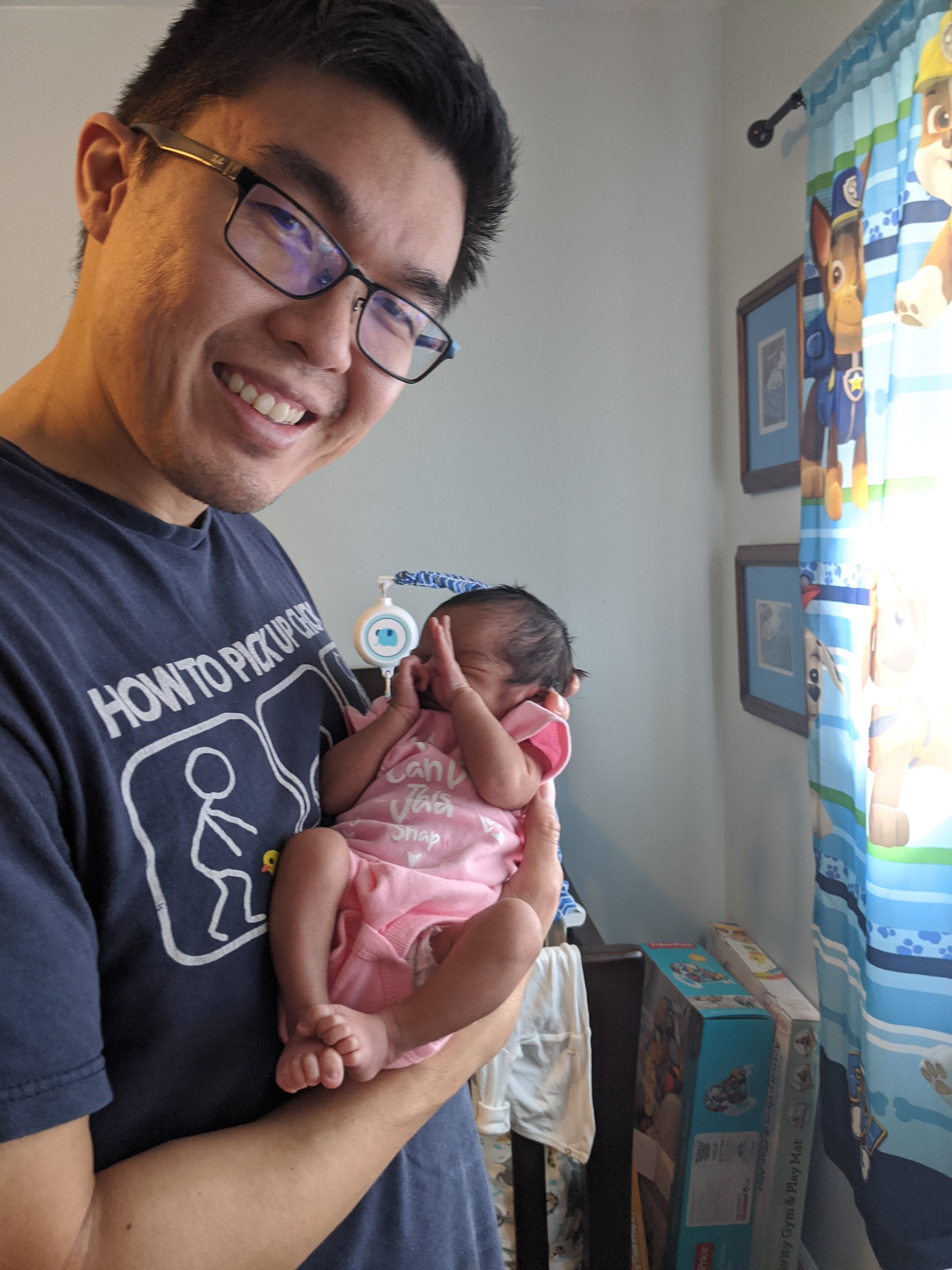 How do you manage stress? Jimmy is home with me; and for now, we are still on leave from our jobs. We are a tag team. Jimmy will start working soon again, but it will be from home, so at least I won’t feel alone.

I also keep meticulous notes. At first, our daughter was on a strict schedule, so my notes helped me feel in control. And now that our daughter is a little older, the doctor says I can let her tell us when she is hungry. I still keep accurate notes though, and I also keep a separate medical journal that I take to medical visits to give the doctor accurate information about what’s been happening at home. I can let go of stress because of that.

How did your kidneys do through all of this? Are you back on regular kidney medication? Not yet because I’m still breastfeeding. I’ll wait a couple more months, and I’ll keep adding the surplus to the freezer. My blood work is monitored monthly so if I need to switch back because of something in the blood work, I will. 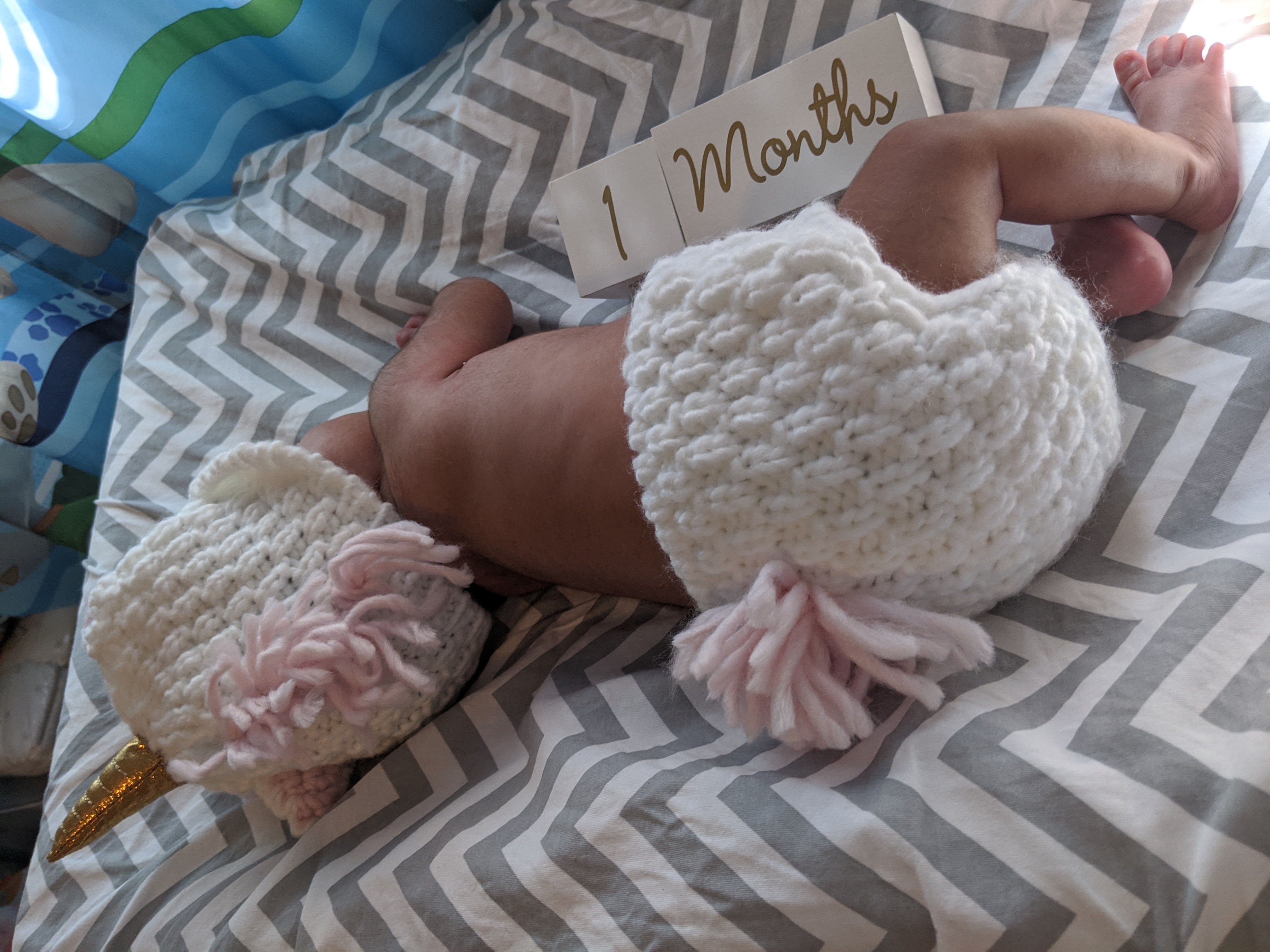 Your baby will be number one, and you will need to be there for your child, and that means staying healthy yourself. But you can do it!

Holiday Gift Ideas for People who have Kidney Disease