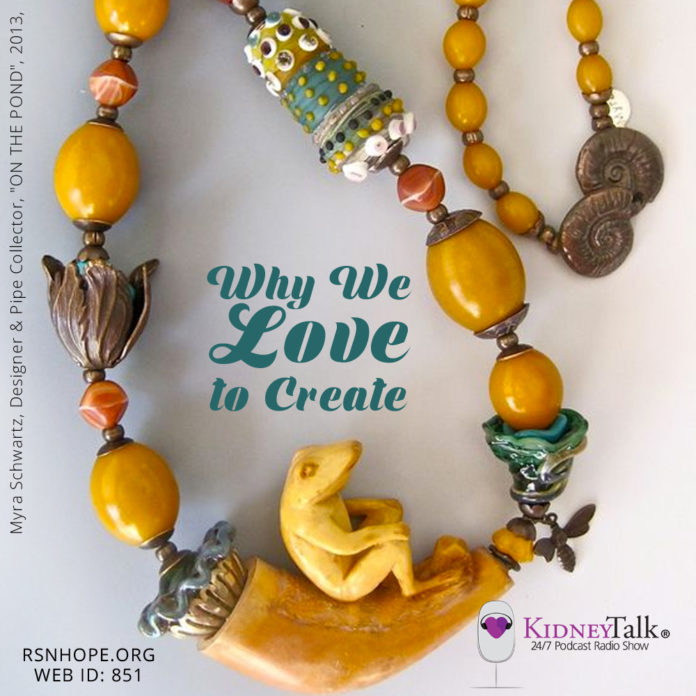 Do you enjoy making things, coming up with new ideas and just trying them out? Lori & Myra enjoy creating jewelry. Myra Schwartz started making jewelry when she started dealing with CKD (21 years ago) and re-discovered a shoe box she had full of beads and supplies. When you’re chronically ill, you have little control over your health, and creative therapies such as making or designing something can give you a sense of control, it can also be meditative and calming and it gives you a total loss of time. Listen to this show and be inspired to cut, glue, shape, paint, collect, string or bend something into a creation of your own.