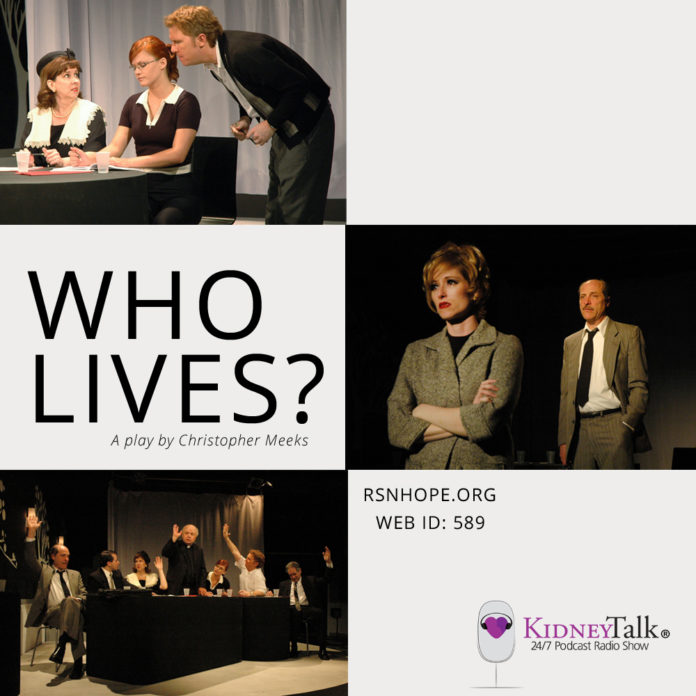 This week we return to the past to take a look at all the people who helped pave the way for us today in the kidney community. Lori and Stephen discuss the life-and-death committees of the 1960’s with Christopher Meeks, professor, playwright, and author of the play Who Shall Live? He has also written a book about the play.

In the early 1960’s, dialysis became available to the public because of the development of the dialysis machine. The problem became apparent when the healthcare professionals realized there were more kidney patients than machines. What were they to do? To find out our humble beginnings, listen in as Lori, Stephen, and Christopher discuss medical ethics, special committees, and the worth of someone’s life. This is one of our most thought-provoking shows. We are extremely grateful to all of the kidney patients who were before us. Some were chosen and some were not. Without each of them, where would we be today? You can get a copy of Christopher’s book Who Lives? at Amazon.

Read the RSN article Behind Who Lives by Christopher Meeks