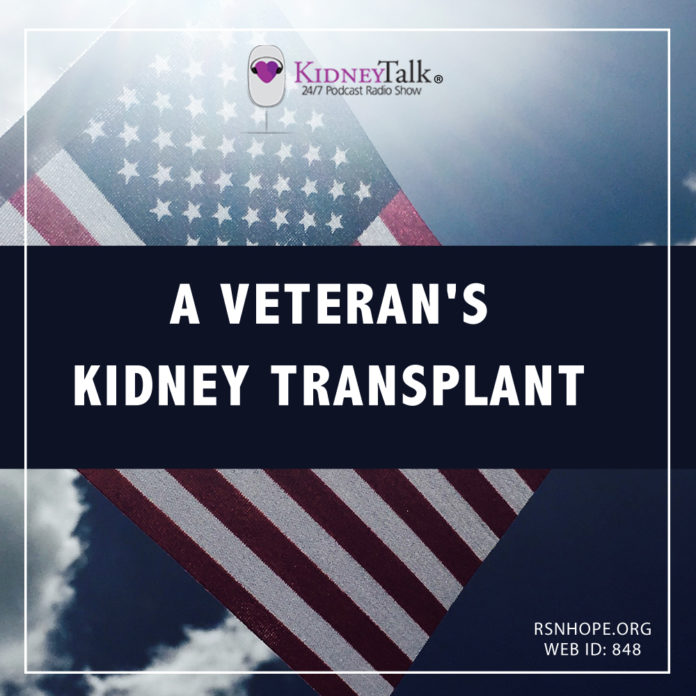 What happens when a US Veteran has kidney disease? What is the VA experience like? Lori interviews Maurice Taylor, US Marine Corp Veteran, who discovered he couldn’t get a kidney transplant in California due to being HIV positive. Listen to this hopeful show and follow his story from diagnoses to getting a successful transplant in Iowa.