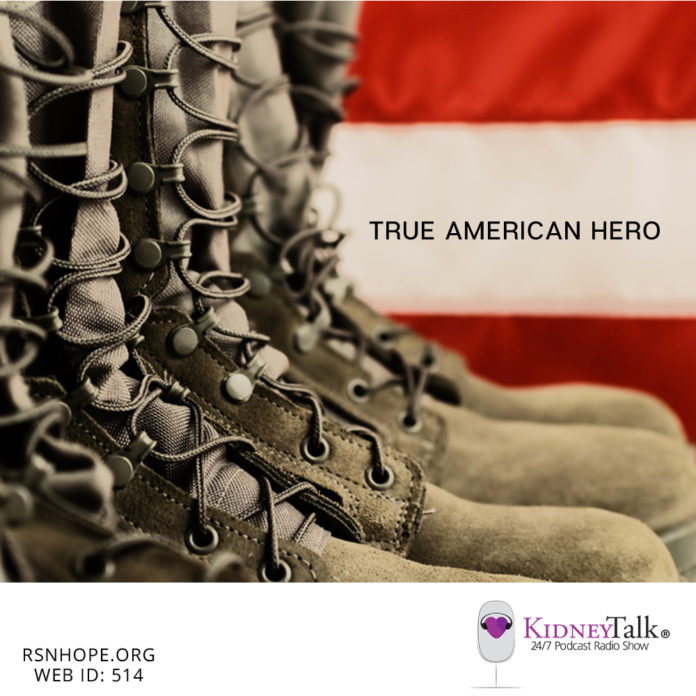 After two tours in Iraq, this soldier returned to a Thanksgiving Dinner that changed his life. There he learned that Daniel, a scarcely known cousin of his wife, desperately needed a kidney. So Darren Smiley practiced one of the tenets of his faith, to make life better for people, he donates a kidney to someone he didn’t even know. With this touching story of a patriot and compassionate human being, Renal Support Network salutes and honors this true American hero and all the troops risking their lives to defend ours in this special celebration for July 4th, American Independence Day.