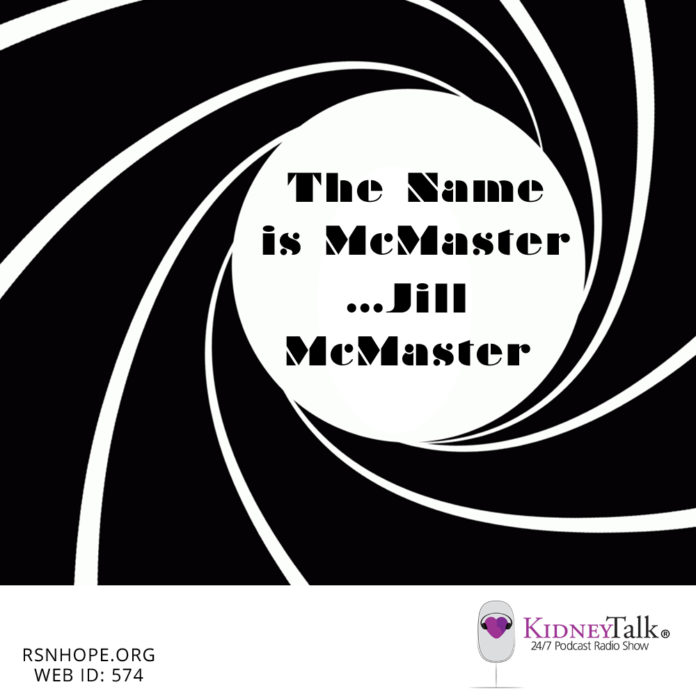 This week on KidneyTalk, Lori and Steven interview Jill McMaster, a former CIA agent and Navy Captain. She’s also a strong and dedicated advocate for Kidney Patients, as she presses on as a patient for the betterment of Kidney patients everywhere. She reveals to KidneyTalk an announcement from Congress that is guaranteed to rock the kidney community with elation. What was once illegal is no longer. Listen to this weeks exciting interview and learn about the birth of kidney exchanges and how to be a part of this new revelation.