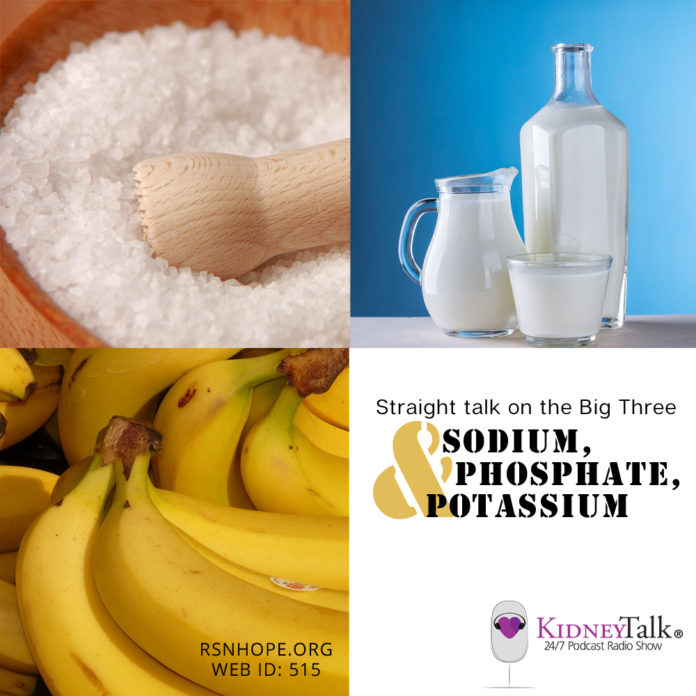 Do you ever feel like your food choices are too limited? Are you discouraged when the low sodium food you just discovered is high in phosphorus? Did you know that sometimes your favorite protein might have unexpectedly high salt? Gaynell Irving gives listeners some straight–very straight—talk about negotiating the fast food menu, salt substitutes, thirst, dairy products, liquids and much more. Here’s some encouragement to drive straight on the food highway.