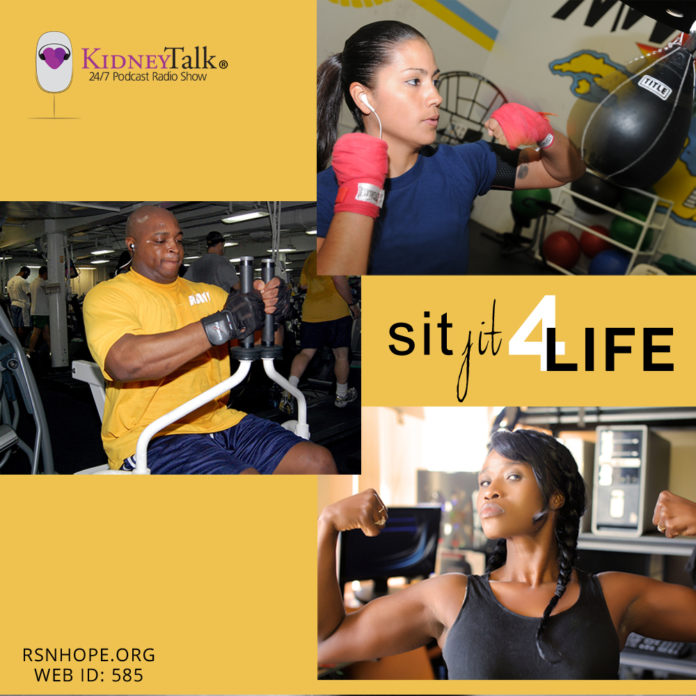 Hey, all you “couch kidneys” out there! Do you hate to exercise? Does the thought of just saying the word “exercise” tire you out? You’re in great company because Stephen hates to exercise and struggles with having enough energy, which our guest this week says he hears kidney patients say all the time.

This week on KidneyTalk Lori and Stephen visit with Dan Bayliss, Clinical Coordinator of the SitFit exercise program at the University of Virginia Renal Services department. Dan discusses some fun and creative ways to exercise and tells us why it’s so important for our health.

Listen in and discover all the benefits of exercise – you’ll be surprised and maybe even motivated to get moving! Let’s get physical!