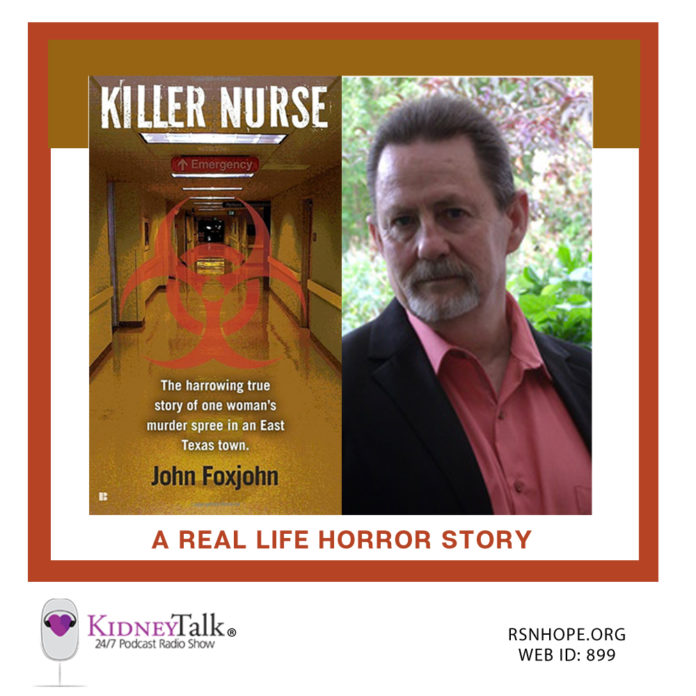 Lori interviews John Foxjohn, author of Killer Nurse, who tells a chilling tale. A dialysis nurse committed serial murder! We bring you this interview not to scare you but to tell you of an unprecedented event in hemodialysis. Kimberly Clark Saenz is now serving life in prison plus sixty years for the murder of five people. Hear what Foxjohn’s two hundred plus interviews reveal about this horrific crime.