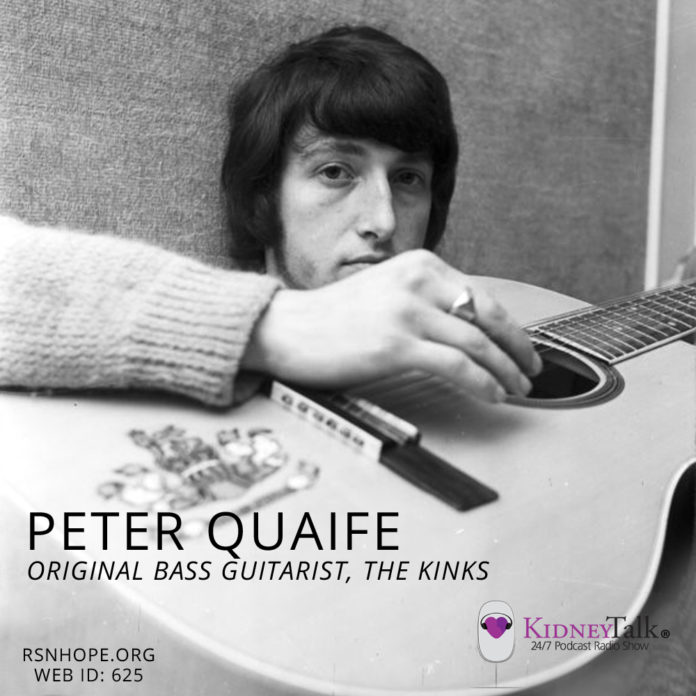 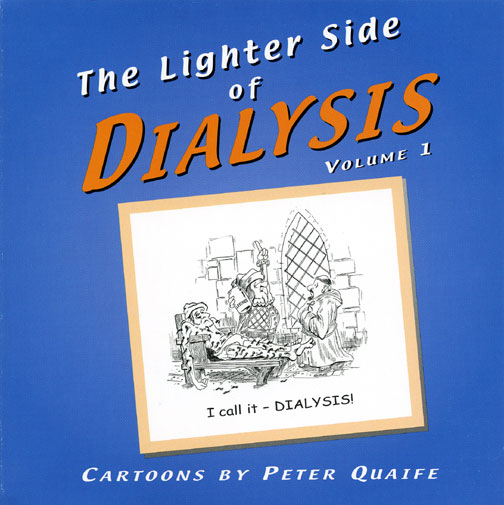 On this week’s show, Lori Hartwell and Stephen Furst talk about creative ways to pass the time while on hemodialysis. Their guest is Peter Quaife, a founding member of the British rock group The Kinks who is now on hemodialysis.

Peter gave up the rock & roll lifestyle in the late ’60s to pursue other endeavors including painting, writing, and–after moving to Canada in 1981–drawing political cartoons. To pass the time while on hemodialysis, which he began in 1998, Peter began drawing cartoons about what went on at his dialysis clinic. At the urging of the clinic’s patients and staff, a collection of his cartoons was published under the title “The Lighter Side of Dialysis.” Listen in to hear Peter share his inspiration and advice on how to productively occupy your time while in the dialysis facility.

Update: RSN was saddened to learn that Peter Quaife passed away on 23rd June 2010. A foundation has been created in his name to supply kindles, play stations and more (which can be sterilized) to children attending dialysis treatment. Learn more at petequaifefoundation.com