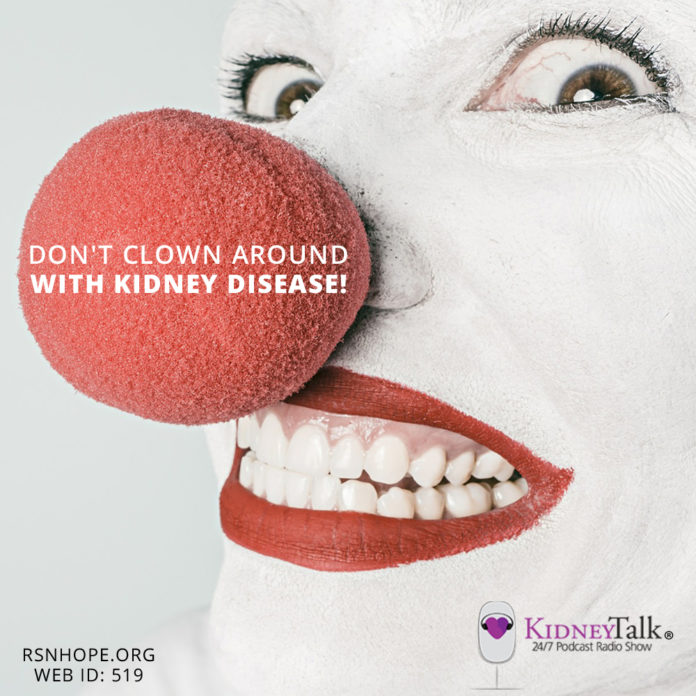 Kathe LeBeau, Program Manager for RSN’s weKAN program, and a student in “Clown School,” went in for gallbladder surgery only to discover that her kidneys had 50% of their function. She cancelled the surgery and began a journey of self-discovery by learning about the disease. Travel her amazing path with her and learn why Kathe opted for home hemodialysis. An exciting show that reminds us to live our lives as though we didn’t have kidney disease, but observe the guidelines!