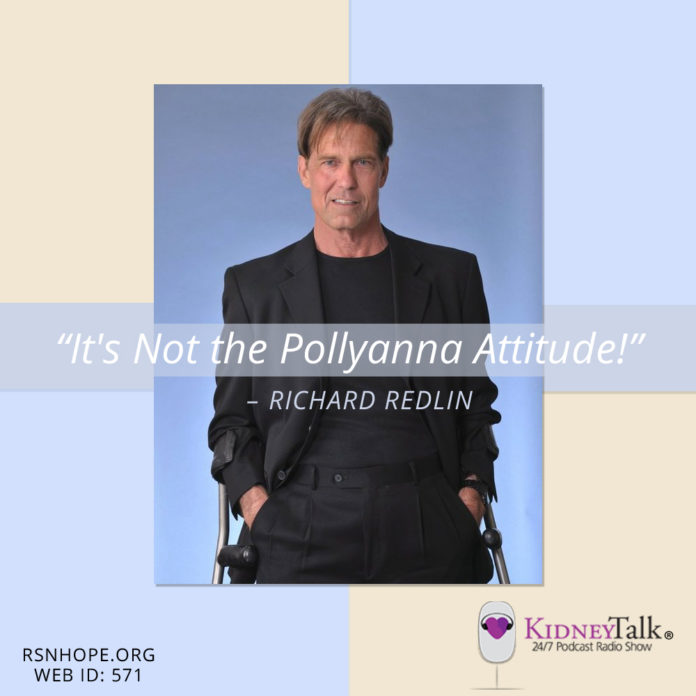 Holocaust survivor and famous Author, Viktor Frankl says; “…Everything can be taken from a man but one thing; the last of the human freedoms-to choose one’s attitude in any given set of circumstances, to choose one’s own way.” It would seem Richard Redlin has made this a philosophy. At the young age of 22, Richard’s promising life was changed forever. He became a paraplegic, and was told his life was over. Just as he managed to prove the world wrong, he was stricken with kidney disease, to put it lightly. That was 16 years ago. Richard Redlin is now an accomplished Certified Hypnotherapist, Health Coach, Speaker, Producer, Writer, Director, Actor, and the list goes on. Richard says he intends to, “change the perception of performers with disability, which is a weak one, to a powerful one, which is Producer / Writer / Director.”