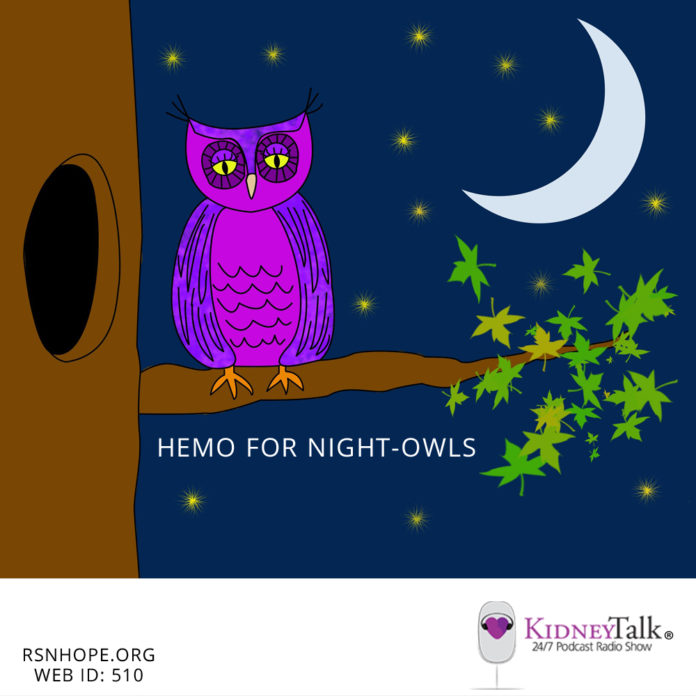 A kidney patient since she was 11, Diana Headlee-Bell has had two transplants and, since her second kidney transplant rejected, has been in in-center nocturnal hemodialysis 3 nights a week for 9 years. Why she likes it and how she manages it are two of the many questions Stephen and Lori ask. This alternative therapy modality can have many benefits. Listen to the show to find out what they are and –above all– discover another hemodialysis modality!