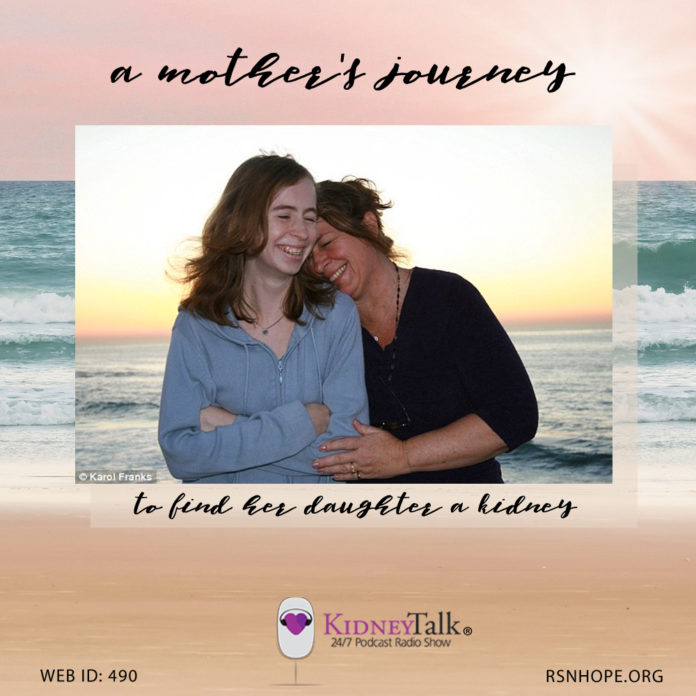 When Karol Franks found out her 14 year old daughter, Jenna, was diagnosed with kidney disease, it began a three year journey to search for the gift of life. Listen to Karol’s heartwarming story about searching for solutions and how she and her daughter found hope through the kindness of a stranger.