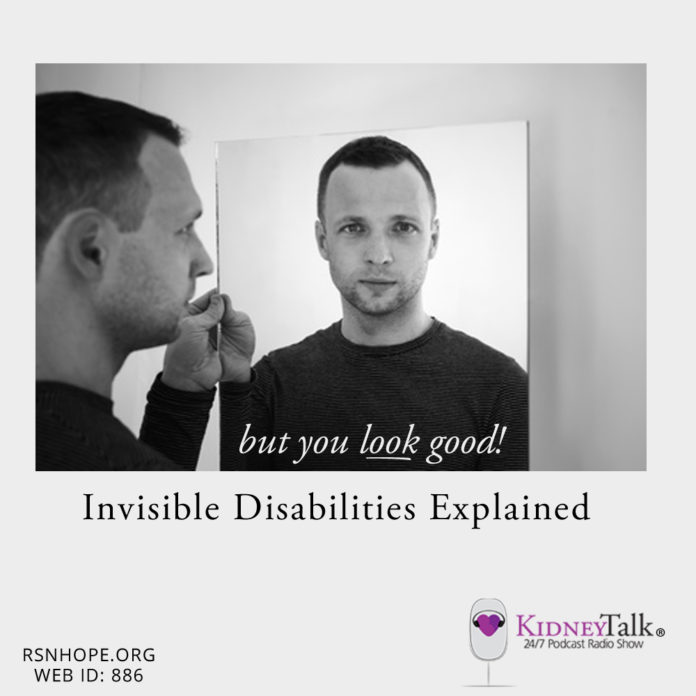 Do you suffer from an invisible disability? People often think that because you look good, you can’t possibly feel bad. Wayne Connell, the founder of the Invisible Disabilities Association (IDA), describes how he watched his wife, who has multiple sclerosis, go through this. He and Lori discuss ideas on how you can improve communication with a loved one who has an invisible disability and how you can respond to those who just don’t get it.