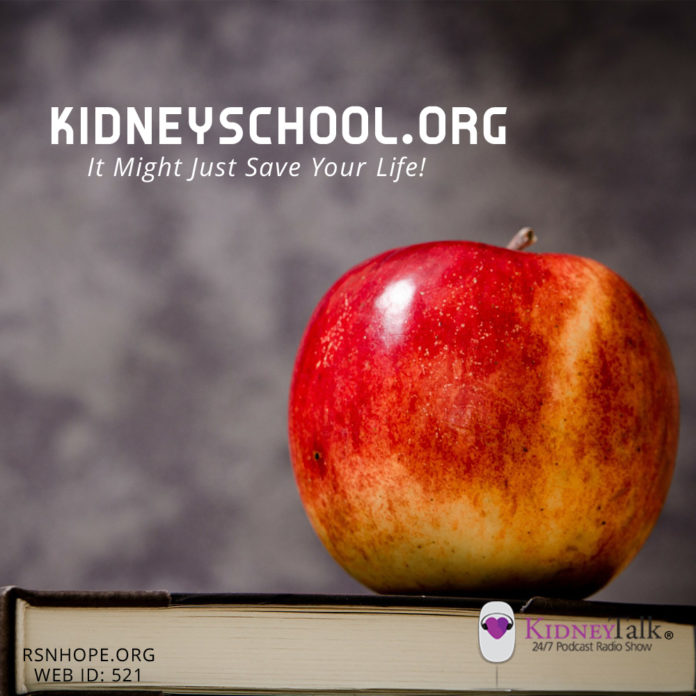 Dori Schatell, Executive Director of the Medical Education Institute, visits KidneyTalk to talk with Lori and Stephen about the Institute’s Kidney School. No, it doesn’t have a football team, and no cheerleaders (Stephen was so disappointed), but this online educational program for people with kidney disease consisting of 16 interactive modules of about 20 minutes each will tell you something that makes a difference in your life!