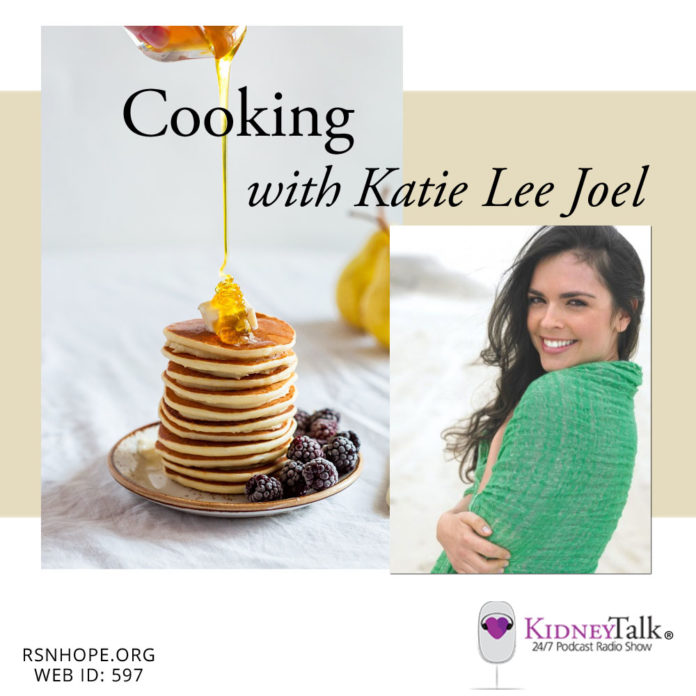 This week’s guest is Katie Lee Joel, wife of musician Billy Joel and host of TV’s “Top Chef” on the Bravo station. She is also a contributor to the 2006 edition of Kidney Friendly Comfort Foods: A Collection of Recipes for Eating Well with Chronic Kidney Disease.

Family favorites included turkey meatloaf and apple cobbler, just some of the recipes included in the cookbook Kidney Friendly Comfort Foods. You just might want to try out these recipes that were created with the whole family in mind. (Thanks Katie Lee for thinking of our families, too!)