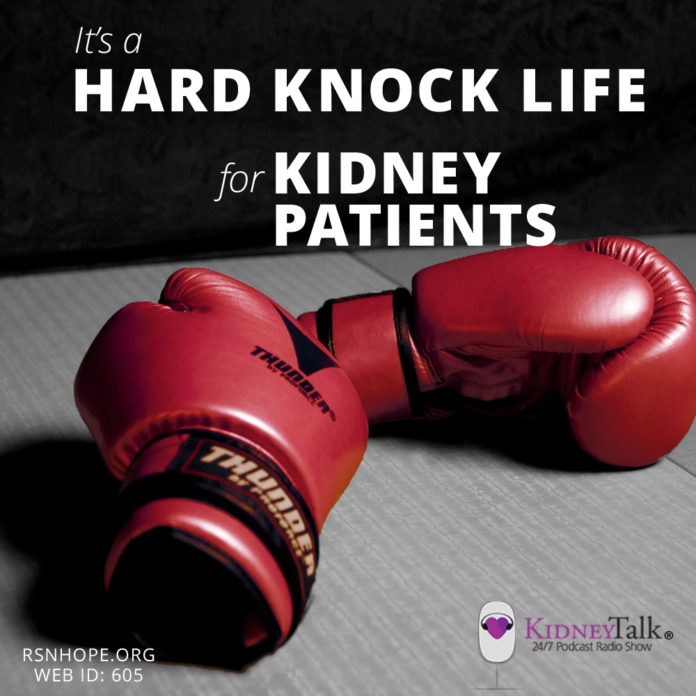 How do you really feel about dialysis? This week’s guest, Bill Halcomb, a kidney patient, hates dialysis. He hates it so much, he named his website Ihatedialysis.com. The opposite side of the coin, however, is that he also has a website called IloveNxStage.com. He shares his thoughts about how he has learned to cope with the many challenges that he has faced. Lori, Stephen, and Bill discuss the pros and cons of dialysis, the emotions that come with dialysis, and the hope you can find when connecting with other kidney patients.