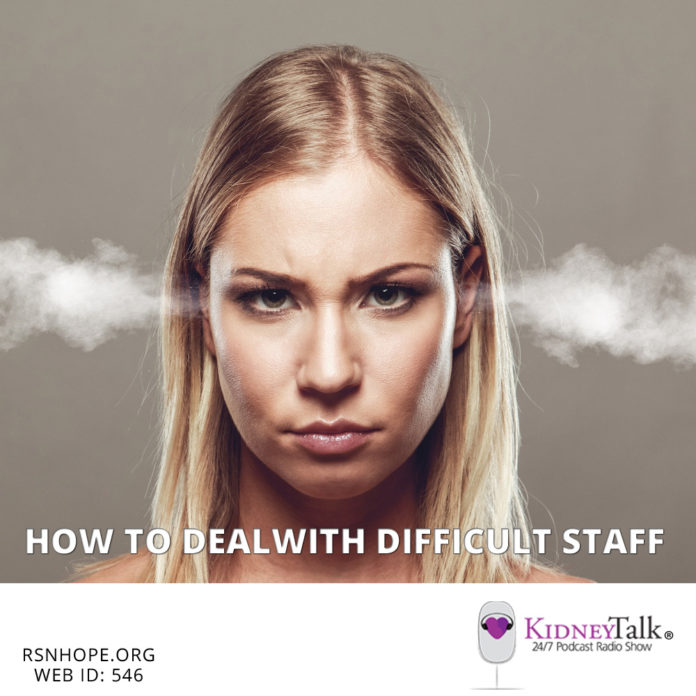 Do you smell microwave popcorn while at dialysis? Has a nurse or technician yelled at you because of your fluid intake? Is waiting in the lobby for 30 minutes or more for your dialysis appointment acceptable? Listen to this weeks show as social worker, Ramiro Valdez, Ph.D gives advice to Lori and Stephen about how to deal with these and other situations. Learn that the staff is sometimes afraid of the patients, just as the patients are afraid of the staff.