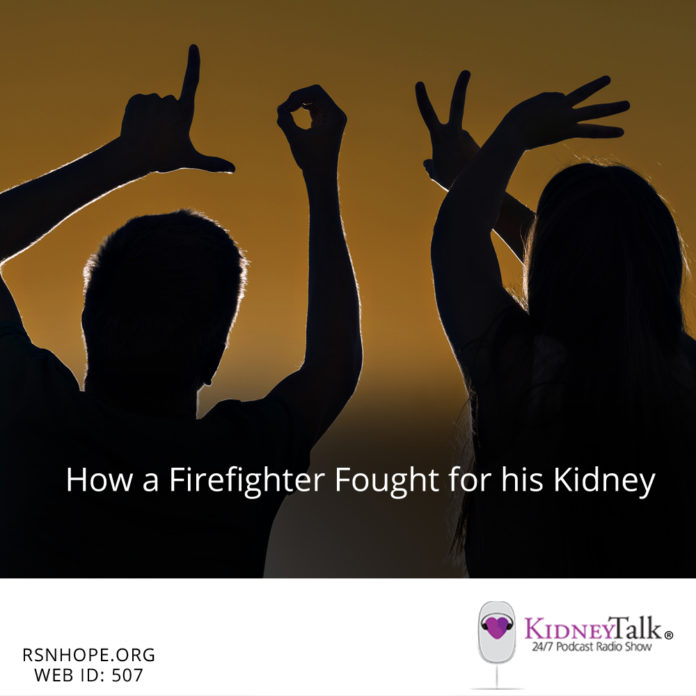 After a career of 37 years in Fire Service saving other people’s lives and possessions — Firefighter, Fire Marshall, and Chief of Emergency Services at a university– John Garcia was locked in a battle with CKD for his own life. He didn’t have anything but flu symptoms when his doctor called up and said, “Get to the hospital, your kidneys are failing!” Listen to this latest KidneyTalk show podcast for the story of John’s heroic fight for his life, his experience with home hemodialysis, and the moving story about the roles his son and daughter played as caregiver and kidney donor. A very special KidneyTalk show!