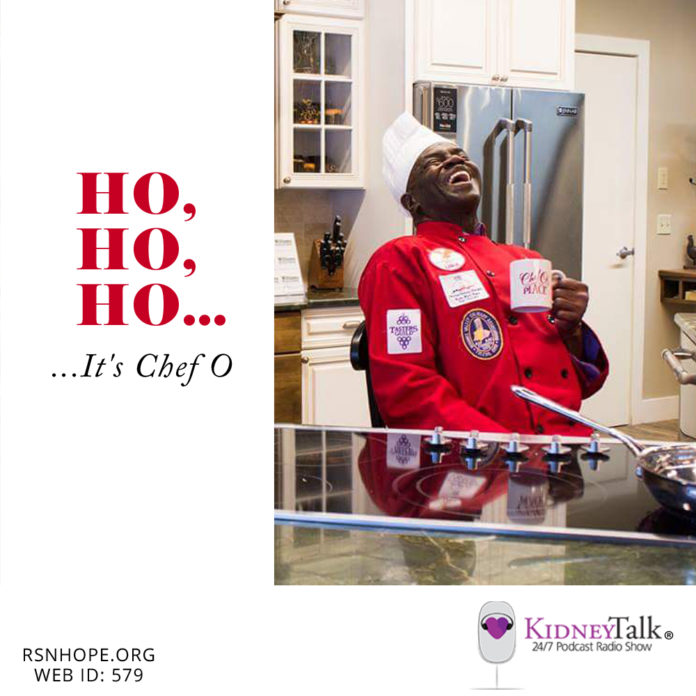 It’s feast time this week on KidneyTalk! Lori and Stephen sit down and chat (and drool) with Oliver Hale—Chef O—a professional chef, award-winning tennis player, and a kidney patient who’s had a successful transplant for over 22 years.

Chef O hosts his own cooking show, Chef O’s Place. His background is French gourmet so he loves sauces but he makes them very healthy as he does all of his dishes. One of his favorite ingredients to use is “Oliver” oil. He describes a passion fruit dessert that he creates that sounds scrumptious but the real passion is in his voice when he talks about cooking. It’s easy to see why he loves what he does.

Pull up a chair, invite a friend over, and pull out your napkins as you listen to our tastiest show ever. We promise you’ll be drooling as much as Lori and Stephen. Chef O…we’ll all be arriving shortly for dinner!