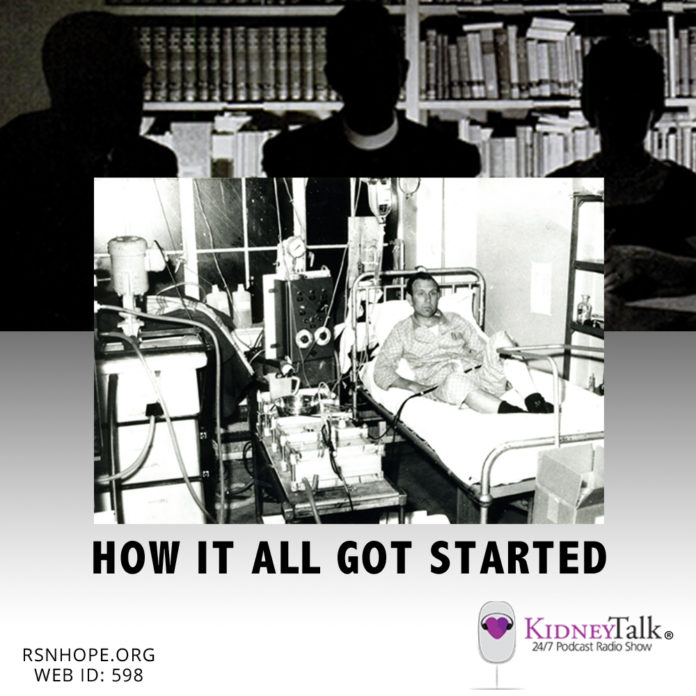 Listen to the fascinating history of dialysis this week on KidneyTalk. Lori and Stephen visit with guests Dr. Christopher Blagg, a pioneering nephrologist who was present when the concept of chronic dialysis became a reality, and Nancy Spaeth, a kidney patient survivor who was diagnosed with chronic kidney disease in 1959 and began hemodialysis in 1966.