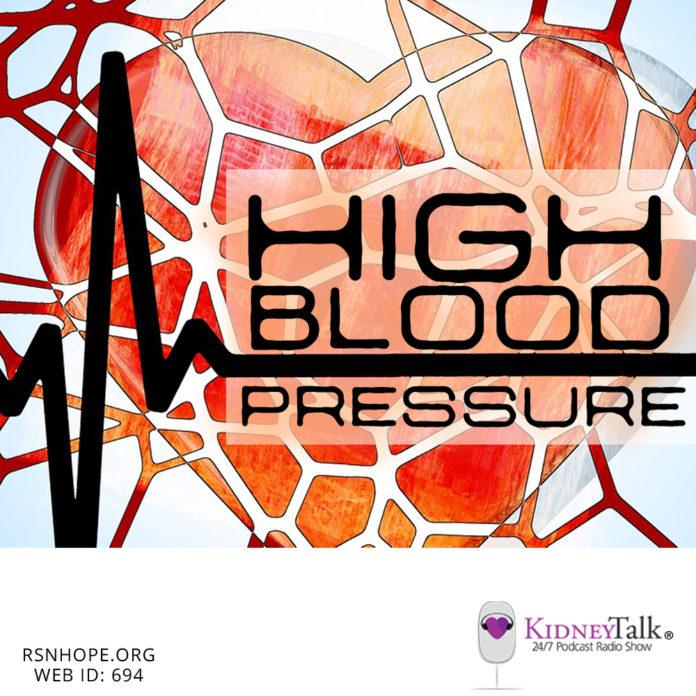 High blood pressure (hypertension) is one of the leading causes of kidney disease. Do you know what your blood pressure should be? Do you know how to control it? Listen to this interview with Dr. James Wilson, Nephrologist, as he explains everything you need to know about blood pressure in a lively conversation with Lori and Stephen.