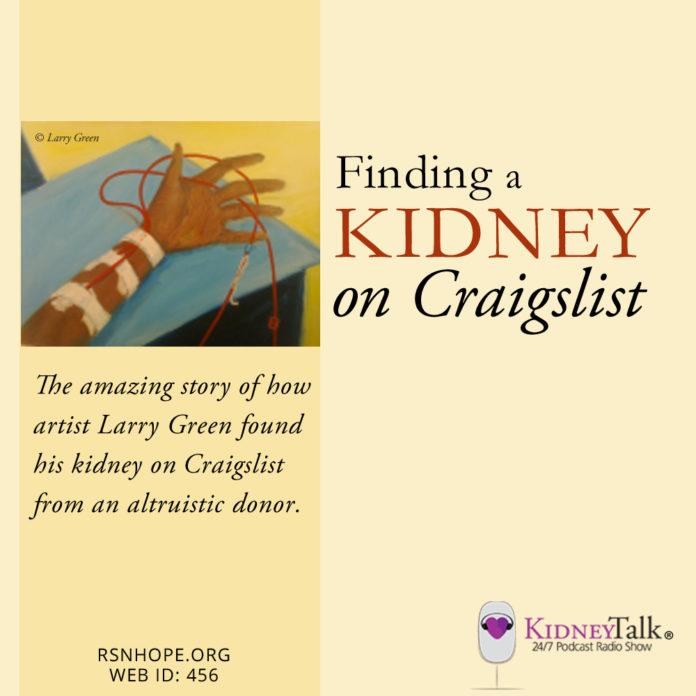 Larry Green is an accomplished artist and spent many of his dialysis days drawing his access arm capturing the different needle angles, tape and changes he saw occurring to help pass the time. He was becoming restless with the time dialysis took. One day he had an epiphany and realized that if he wanted to get off of dialysis and get transplanted, he would have to take control. Here is the amazing story of how he found his kidney on Craigslist from an altruistic donor.

Visit Larry’s Website to view some of his art.