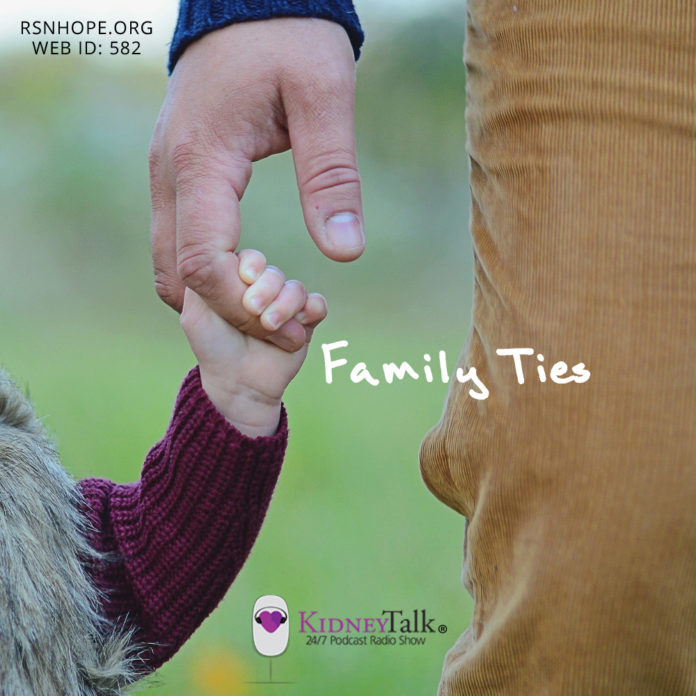 These days life seems so much busier than it used to with full schedules, cell phones, and instant messaging. How do you juggle everything in your life: family, job, marriage and/or dating, exercise, and your health?

This week on KidneyTalk Lori and Stephen talk with Martinlow Spaulding, a kidney patient who juggles all of the above creatively and admirably. He hasn’t let kidney disease stop him from being a great husband to his loving and supportive wife Elaine, or Daddy to his six (yes, we said 6!) very active kids: Olivia, Andrew, Anna, Elizabeth, Emma, and Amy. He makes time for dates with his wife and each one of his children. On top of a hectic family schedule, Martinlow also is an active advocate for the Renal Support Network as well as his regional renal network (Network 9/10).

Tune in to your favorite online radio station and listen as Martinlow shares his secret to successful living as a family man. These family ties are ribbons of love!