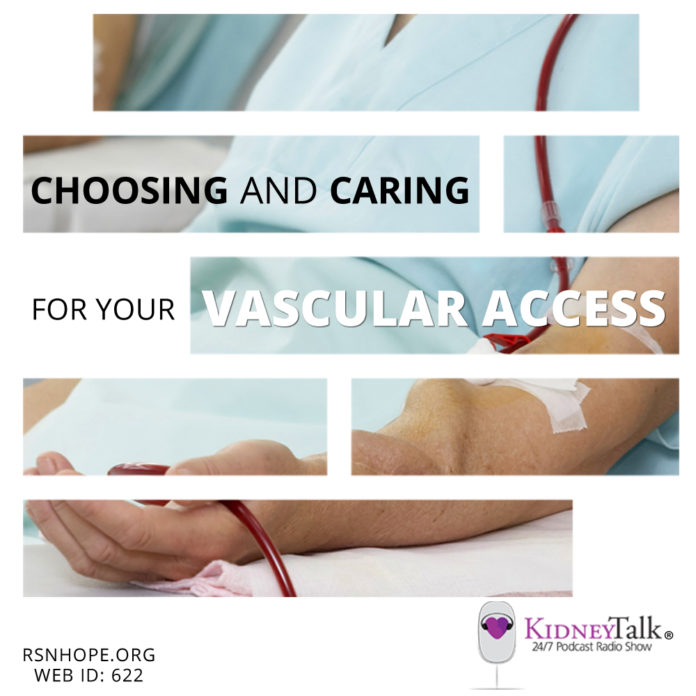 On this week’s show, Lori Hartwell, Stephen Furst, and their guests talk about the all-important dialysis vascular access. The access is how your dialysis staff (or you, if you practice self-care) gain entrance to your bloodstream to perform hemodialysis. The access is so important to hemodialysis patients that it’s often called their “lifeline.”

There are three types of vascular access for hemodialysis: fistulas, grafts, and catheters. The most critical piece of information a person needs to know before starting dialysis is which type of access is best.