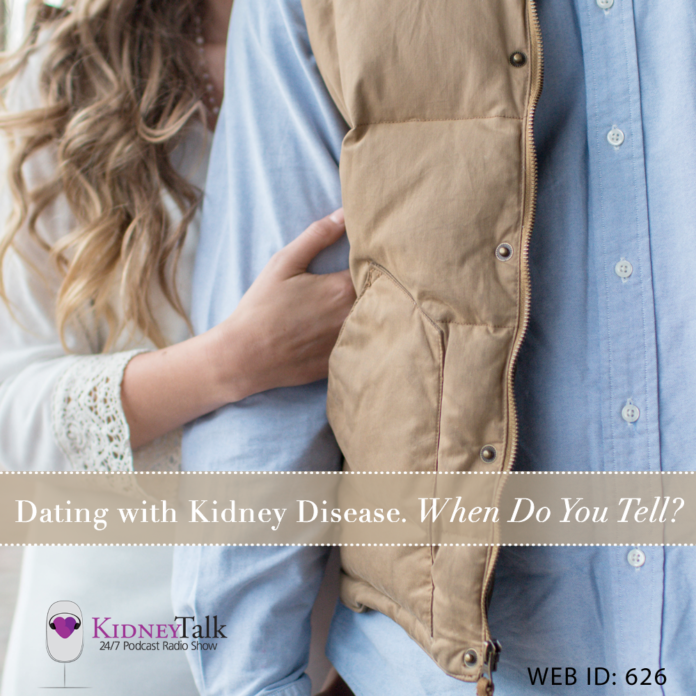 On this week’s show, Lori Hartwell and Stephen Furst explore the realities of dating while living with kidney disease. Their guests are Jenny Huey and Mike Herrera.

Jenny is a young woman on peritoneal dialysis who has had two kidney transplants and is single. Mike, who is in his early ‘50s and has been out of the dating scene for a while, is currently enjoying his first transplant.

Speaking from personal experience, Lori, Stephen and their guests reassure listeners that a diagnosis of chronic kidney disease (CKD) does not mean that a person cannot enjoy all of the pleasures that life has to offer, including dating and marriage. In fact, springing the news on someone that you have CKD can actually help separate the wheat from the chaff.