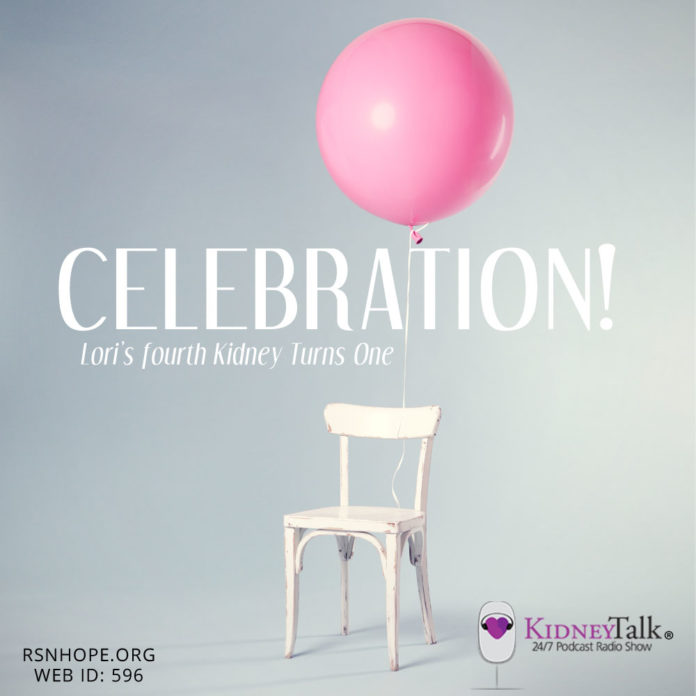 It has been a health roller coaster ride for Lori over her 43 years of living with kidney disease. Lori shares with Stephen her gratitude for receiving her fourth kidney transplant in February of 2011 from her step-sister Cyndi. She never thought that the 4th kidney could be her best one ever. Listen as she shares her experience post-transplant, what her labs are and what she has learned along the ride.