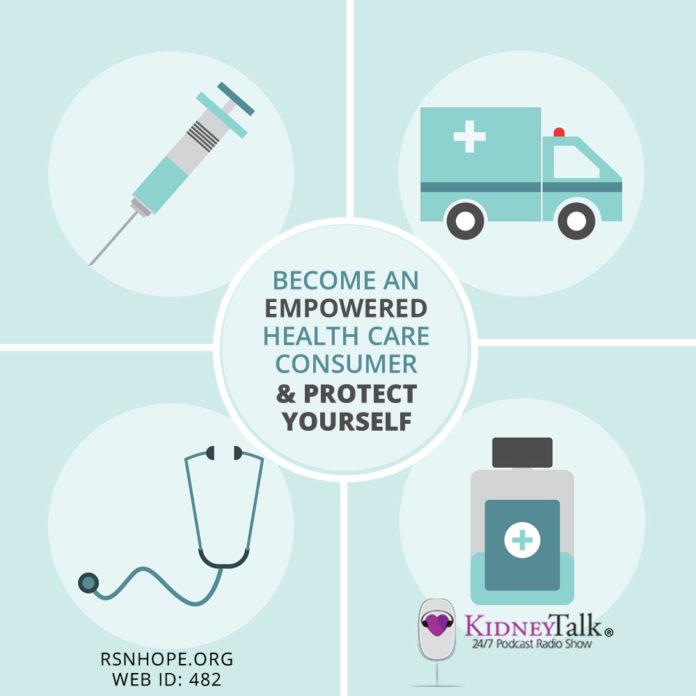 Lori and Stephen rap with Jane Neff Rollins, an Epidemiologist, medical writer and empowered healthcare consumer, and discuss several topics that are particularly vital to people managing a chronic illness.  It’s no secret that the health care system can be intimidating, and this episode of KidneyTalk offers a big bowl full of helpful rules of thumb for the perpetual patient, including how to protect yourself from medical identity theft.